It doesn’t matter if you consider yourself an early bird or a night owl, some days we just wake up feeling out of sorts.

But nutritionist Rob Hobson says you can eat your way to a better mood in the morning if you have the right food and drinks first thing. Here, he lists his top 10 foods and drinks to eat in the morning to boost your mood – and you’ll be delighted to hear that chocolate is one of them.

Yes, you can eat chocolate for breakfast! But don’t get too excited – science is only advocating chocolate in one of its purest forms. 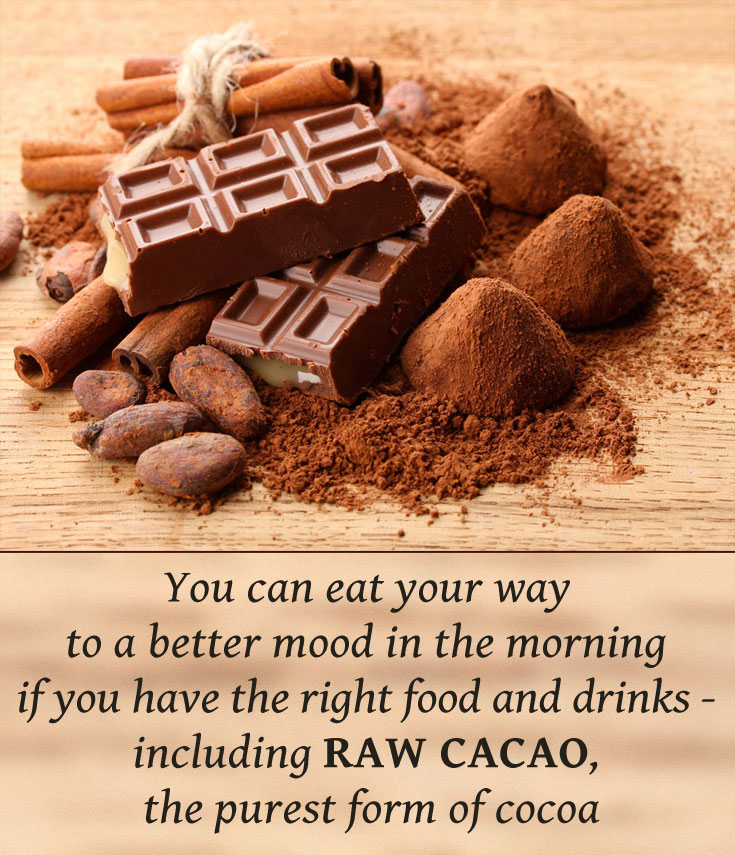 Raw cacao is the purest form of cocoa and is a very rich source of magnesium, which is required for many different functions in the body, including converting food into energy and blood glucose control.

Studies also suggest this mineral may be useful for women who suffer with PMS symptoms associated with mood.

Raw cacao is also a source of the mild mood enhancer phenethylamine (PEA). Just one tablespoon provides 18 per cent of the recommended daily intake, and can be added to smoothies, porridge or homemade energy balls.

Try starting your day with an egg. These nutrition powerhouses are not only high in protein, which can help to maintain fullness through to lunch, but also contain significant levels of 13 other key vitamins and minerals.

Those include the ‘B’ group that are involved in converting the food you eat into energy used by your body’s cells.

This oily fish makes for a great morning breakfast when teamed with eggs or with low fat cream cheese on a wholegrain bagel or rye bread. 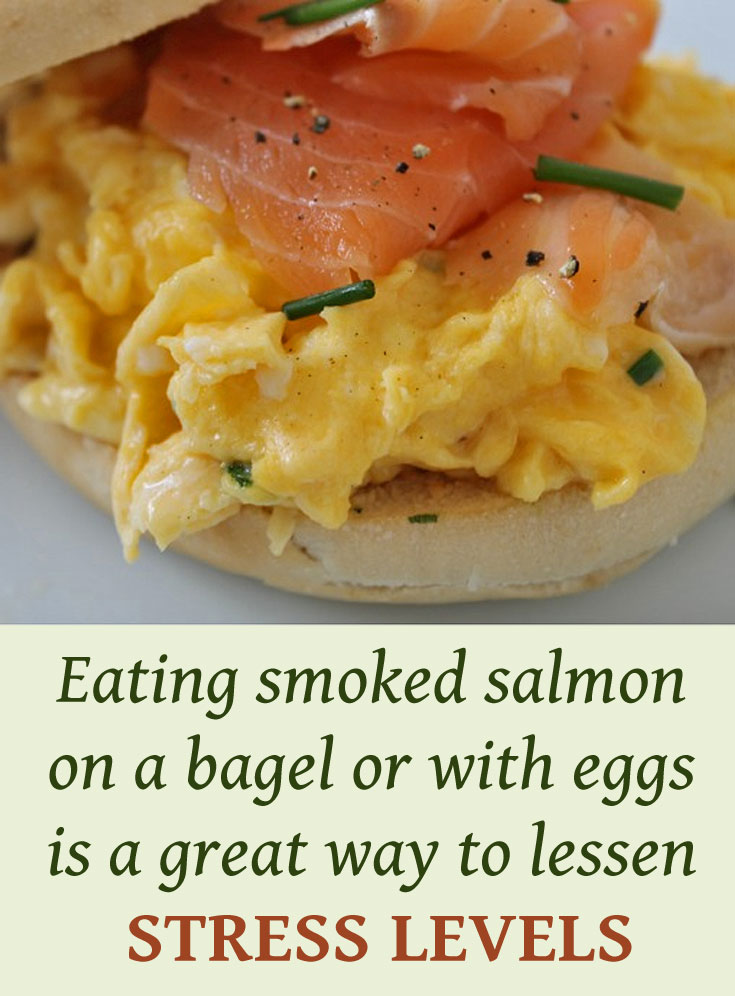 Oily fish are a key source of omega 3 fatty acids, which studies suggest may help to dampen the effects of stress hormones, such as cortisol.

Whilst some may not make the healthiest of breakfasts, choosing a high-fibre variety that is low in sugar can prove a good way to get a source of B vitamins, which convert food into energy.

They’re also a good source of vitamin D, which is lacking in many diets during the winter months and can increase the risk of seasonal affective disorder (SAD).

These whole grains are loaded with fibre that helps promote good digestion, as well as aiding long term health by reducing the risk of heart disease, diabetes and high cholesterol. 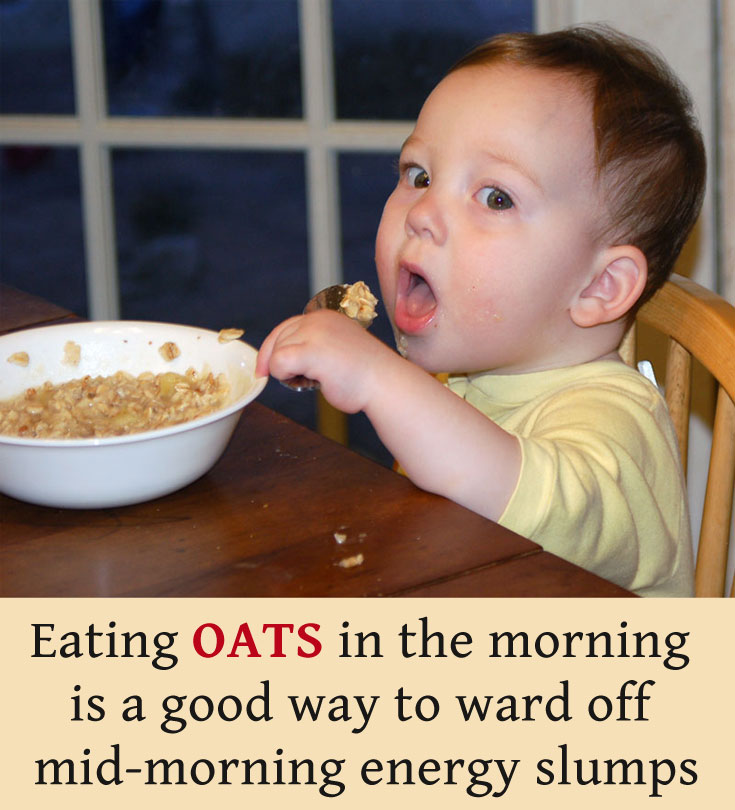 Fibre also adds bulk to the diet, and can help to balance blood sugar levels. This means they’re a good way to ward off mid-morning energy slumps, and the urge to snack, which can often involve foods high in sugar that are often wrongly perceived as a quick way to boost energy.

This group of foods is one of the richest sources of fibre, which is lacking in many people’s diets.

There is nothing worse than having a slow and sluggish digestive system that can leave you feeling bloated and lethargic, which is going to leave you in a low mood.

Try making homemade beans using cannellini beans, fresh tomatoes and spices, which you can serve with fresh wholegrain bread for a further boost of fibre.

Low iron is not uncommon amongst women and the most affected are teenage girls. UK diet and nutrition surveys show that 46 per cent have very low intakes. 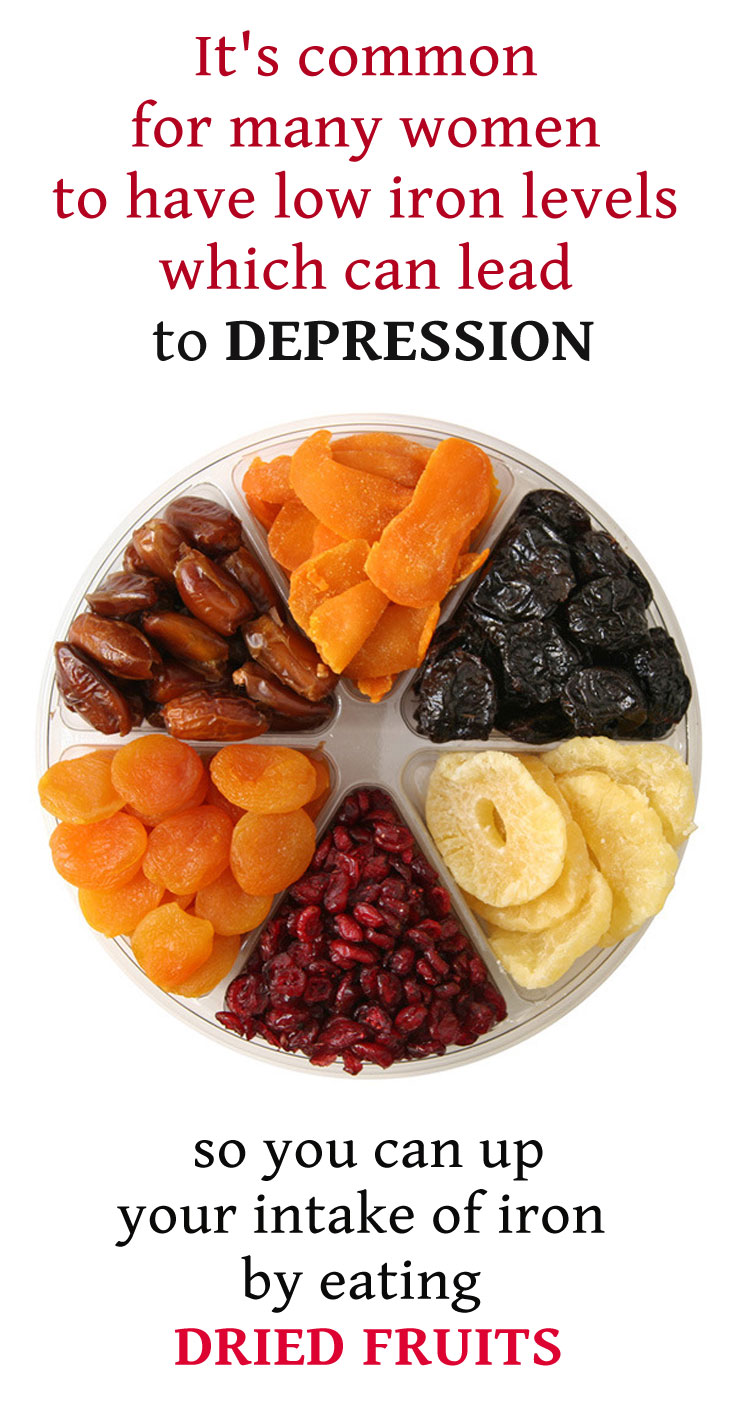 Low iron levels can lead to tiredness, fatigue and depression. Eating dried fruit is a useful way to increase your intake and 80g of dried apricots provides 15 per cent of the recommended daily intake of this mineral.

Try adding to cereal, yoghurt, smoothies or as a healthy snack.

Dehydration can have a surprising impact on mood by causing fogginess and an inability to focus properly. 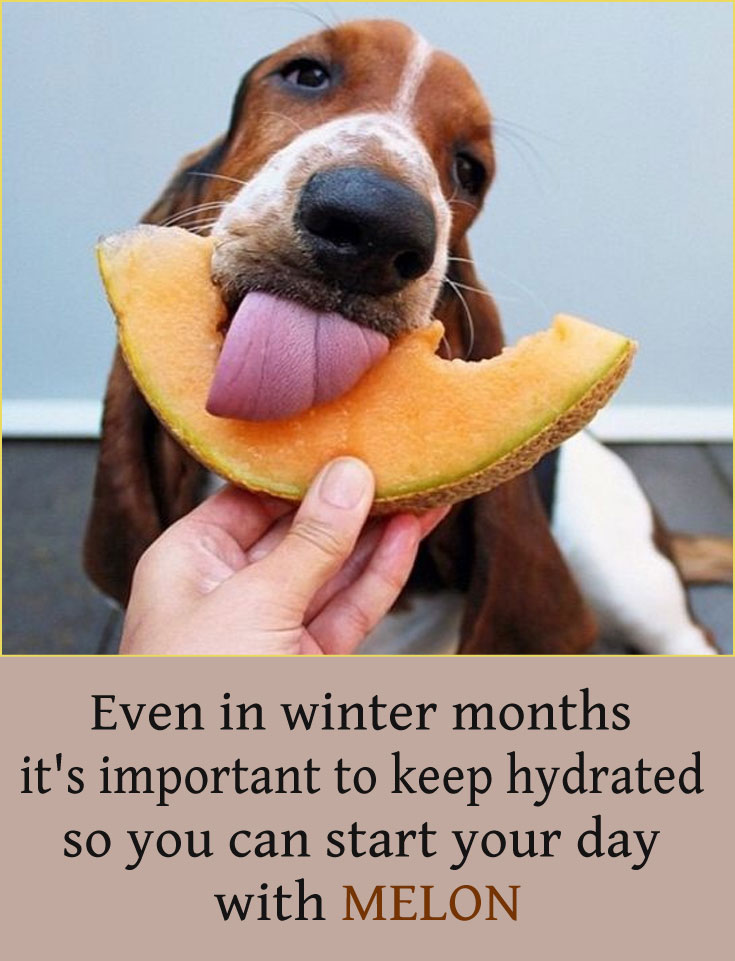 During the winter it can seem counter-intuitive to keep hydrated as it’s often associated with hot weather, but central heating can easily dehydrate you.

Eating watery fruits such as melons is a good way to hydrate and add vitamin C to the diet. Try for breakfast or as a hydrating mid-morning snack.

Friendly bacteria are required for many things including keeping your gut healthy.

These clever little bugs, which can be found in live yoghurt or as a supplement, are also important for immunity. Research into the gut-brain connection is even discovering that the type of bacteria in your gut may impact on mood and maybe even depression.

Yoghurt is great for breakfast ad can be topped with lots of healthy ingredients including fruit, nuts and seeds.

A glass of juice is a great start to the day and provides a lovely dose of vitamin C, which is essential to help maintain a healthy immune system.

Vitamin C also helps with the absorption of iron from plant-foods.

Keeping bugs at bay during the winter is a good way to keep you jumping out of bed fit and healthy each morning.