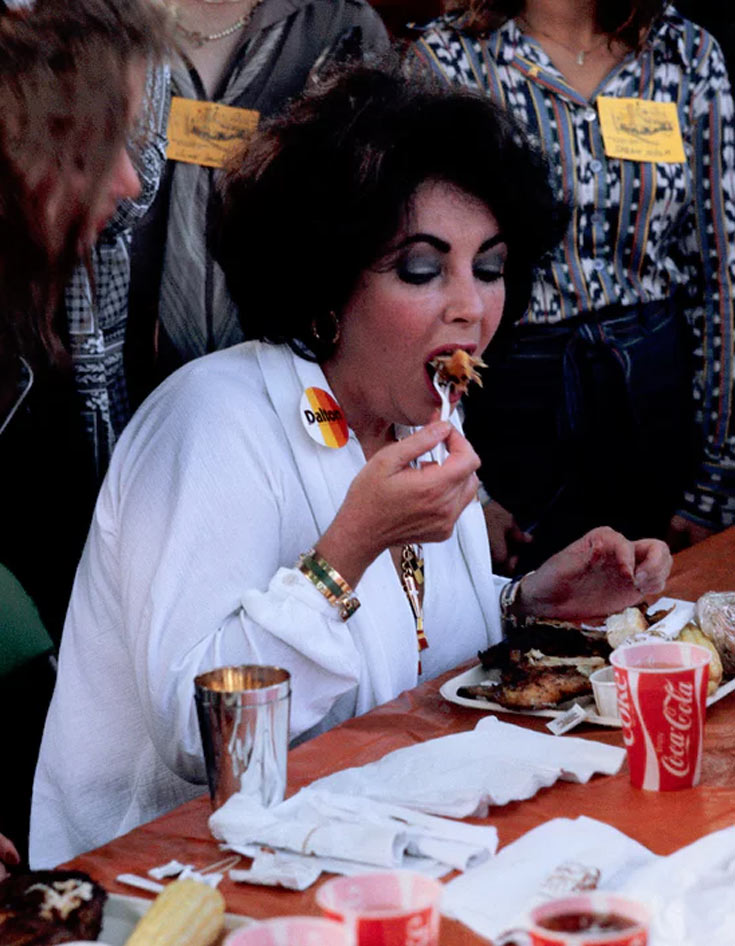 According to Rebecca Harrington’s tales of celebrity dieting, I’ll Have What She’s Having, Elizabeth Taylor lived, for many years, high on the hog: peanut butter-and-bacon baguettes for lunch, fried chicken and Jack Daniel’s for dinner. Exercise does not loom large, although one imagines someone so much married went in for a few physical jerks. After she reached nearly 13 stone, there was a diet, and a diet book entitled Elizabeth Takes Off. One recipe combines tuna, grapefruit, tomato paste and mayo; in another, peanut butter again, this time with a steak. Doesn’t sound quite right? Indeed: but you’d go round more for the chat than the grub, wouldn’t you? 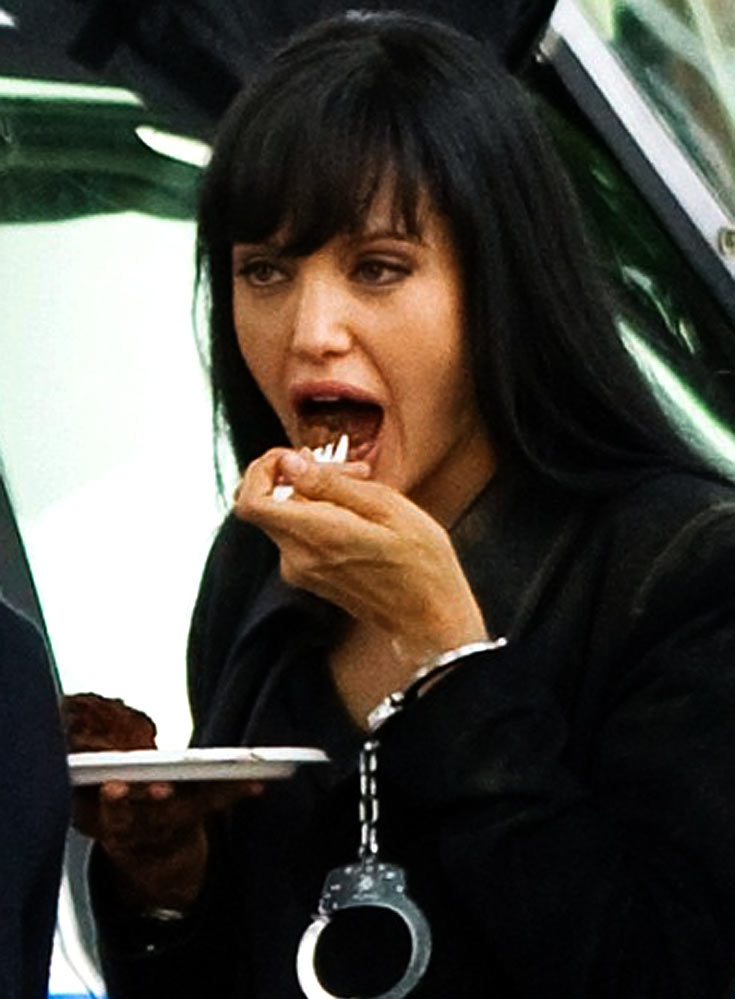 Let’s face it, we’ve all got a few ancient grains lurking at the back of our kitchen cupboards; they tend to arrive with a new regime of healthy eating and depart either when the bugs discover them or when we upend an entire bottle of soy sauce in our haste to eat a Chinese takeaway. No such slackness for Angelina Jolie, though, who has been reported to be an advocate of the “ancient grains” diet, scarfing back grains and seeds such as quinoa and chia and farro and buckwheat and freekeh and millet like there’s no tomorrow in pursuit of healthy insides and glowing skin. 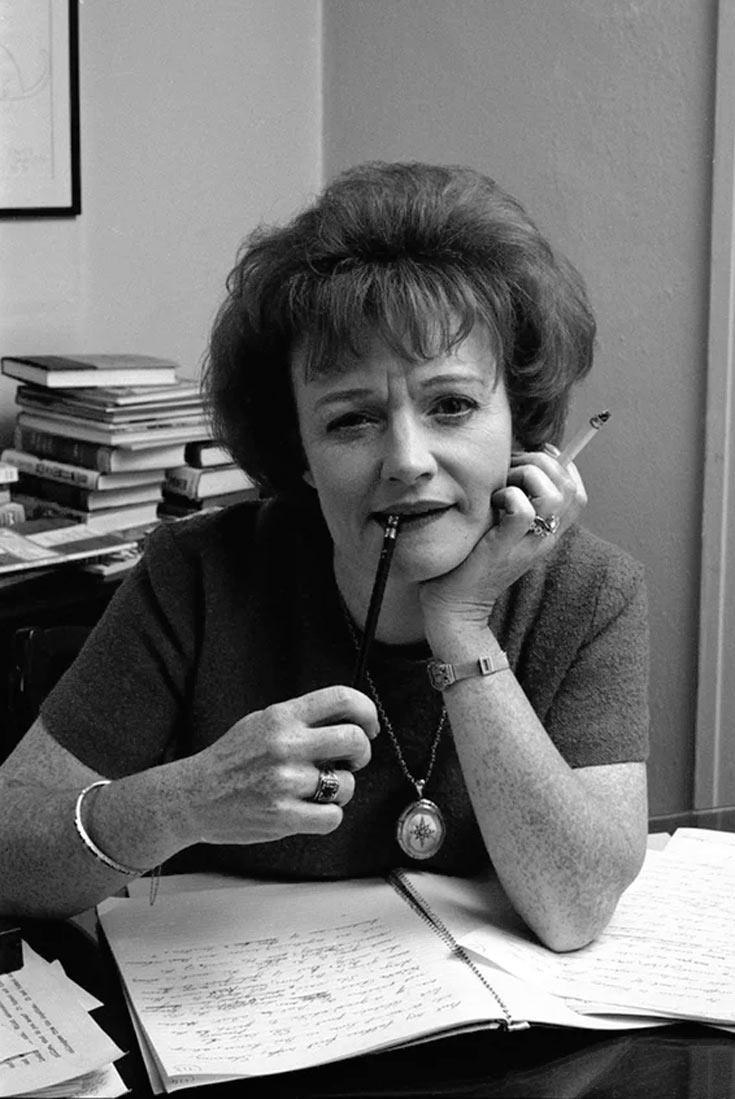 OK, not strictly speaking a celebrity, but Mrs Hawkins in Muriel Spark’s wonderful 1988 novel A Far Cry from Kensington – “massive in size, strong-muscled, huge-bosomed, with wide hips, hefty long legs, a bulging belly and fat backside” – comes up with the best diet of them all: eat exactly the same as usual, but only half of it, even if it’s an apple. If you’re a perfectionist, she counsels, cut that in half again once you’re in your stride. No more complicated than that. And, she reminds us, “if there’s nothing wrong with you except fat, it is easy to get thin”. 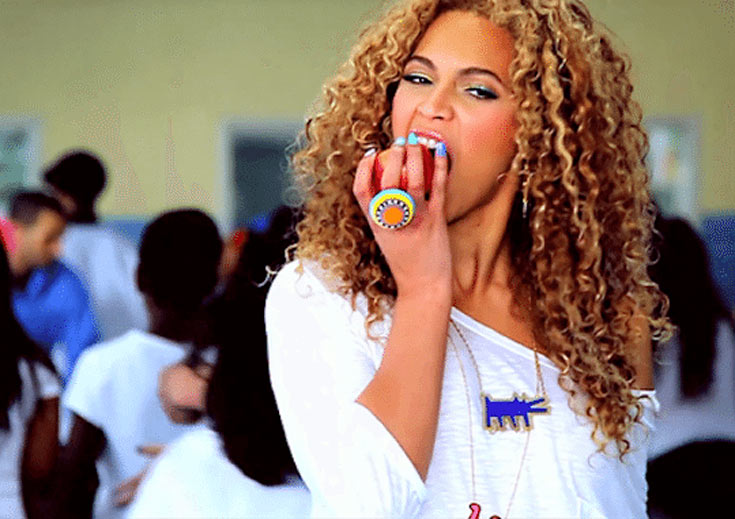 It wouldn’t be fair to lay the Master Cleanse, aka the Maple Syrup Diet, aka (and perhaps most euphemistically) the Lemonade Diet, at Beyoncé’s door: she’s far from the only celebrity to have been bewitched by the thought of combining said syrup, water, lemon juice and cayenne pepper and subsisting on it for a mercifully limited period until the cheekbones start to emerge. Or, in her case, until she had readied herself for her role in Dreamgirls by reportedly dropping a stone and a half. Jared Leto, Naomi Campbell and even Gwyneth Paltrow have had a go. Apparently it works but then you’d hope so if you downed that lot. Beyoncé’s post-Blue Ivy diet, as tested by Harrington, sounds far nicer: turkey and capers and sashimi and frozen yoghurt. Comparatively speaking, yum. 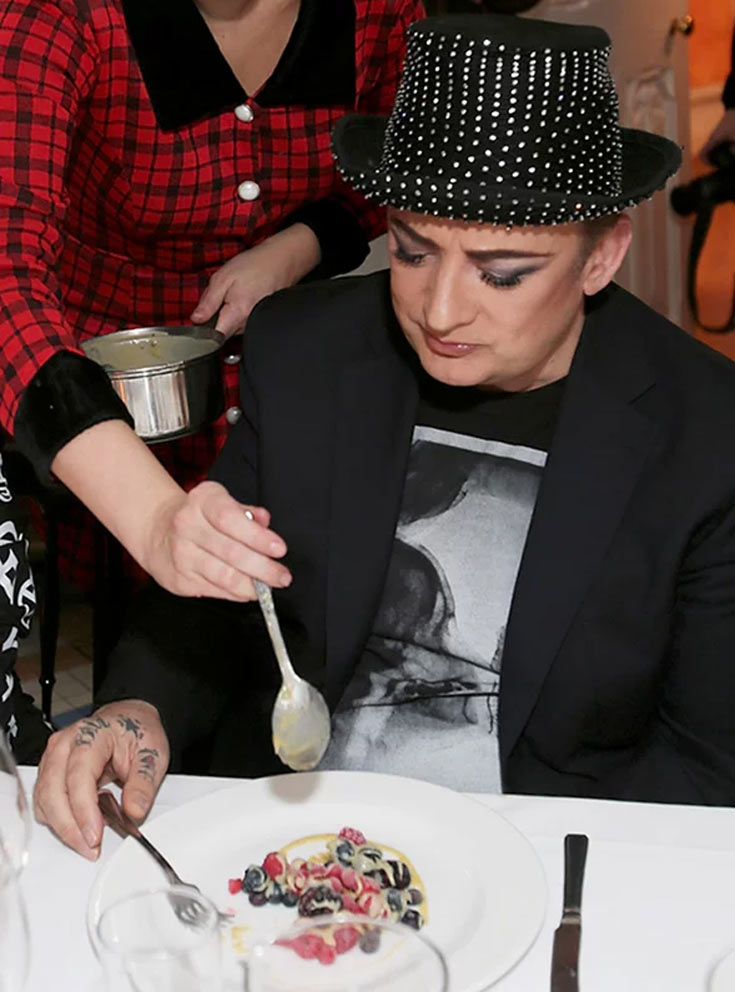 One can tire of everyone photographing their dinner for social media. But there’s something mesmerising about Boy George’s wholefood concoctions – endorsed by the nutritionist he hired after peaking at 19st – perhaps because he always seems so genuinely delighted by them. “A hazelnut macca-puchino! In front of the fire,” he tweeted recently, and one could have almost been there with him, the flames flickering as Church of the Poisoned Mind played in the background. And another: “I just had a sumptuous bowl of sautéed brussel sprouts. With chili & coconut flakes and a dash of Braggs! Touch of cinnamon & turmeric!” Who could argue? 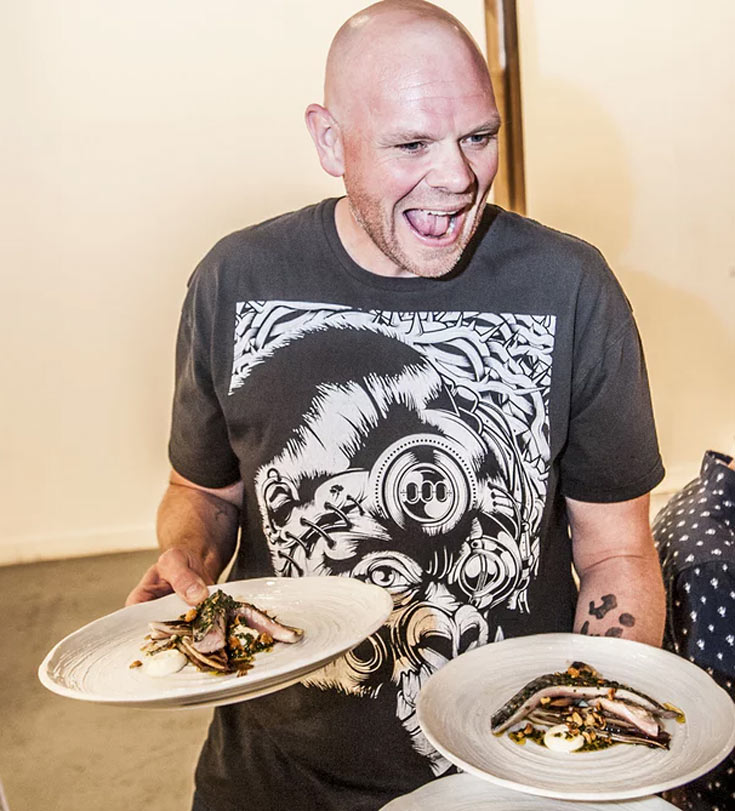 It can’t be easy being a chef, particularly when your Michelin-starred restaurant is a gastropub where you’re more likely to encounter a triple-cooked chip than a light-as-air foam. But Tom Kerridge, proprietor of the Hand and Flowers in Marlow and a regular on our TV screens, has lost a veritable shedload of weight – nearly 9st, in fact – by cutting out the booze, plunging into the nearest pool to swim at least a kilometre each day, making sure he doesn’t eat late at night, and snacking on apples and grapes. Disappointingly sensible. Though presumably more chips for the chefs in his kitchen, now. 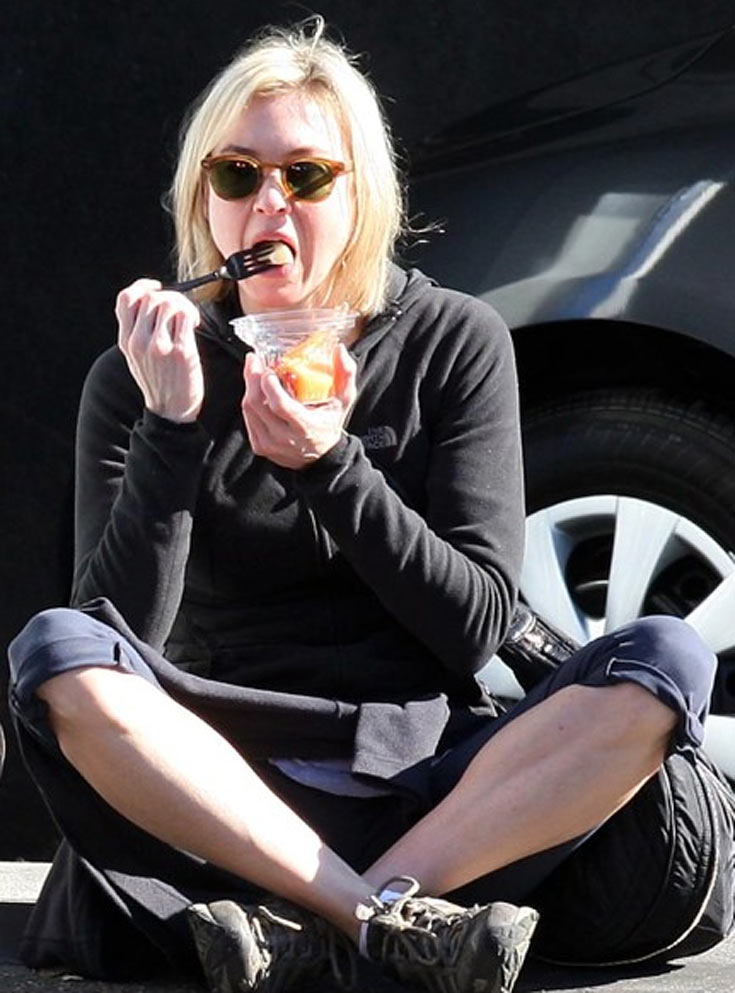 Poor Renée has suffered for her art, or our pleasure, piling the pounds on and taking them off again in her efforts to make the perfect Bridget Jones, and having to adopt strenuous eating and fitness regimes in the process. According to reports, she gorged on lashings of dairy and other high-fat foods to gain several stone to play Bridget Jones. You have to admire her dedication. All the same, when the glossies started reporting that she’d taken to eating ice to lose weight, we did wonder if it was all worth it. Apparently, it has something to do with boosting your metabolism. No. Crunching up the cubes from your gin and tonic doesn’t count. 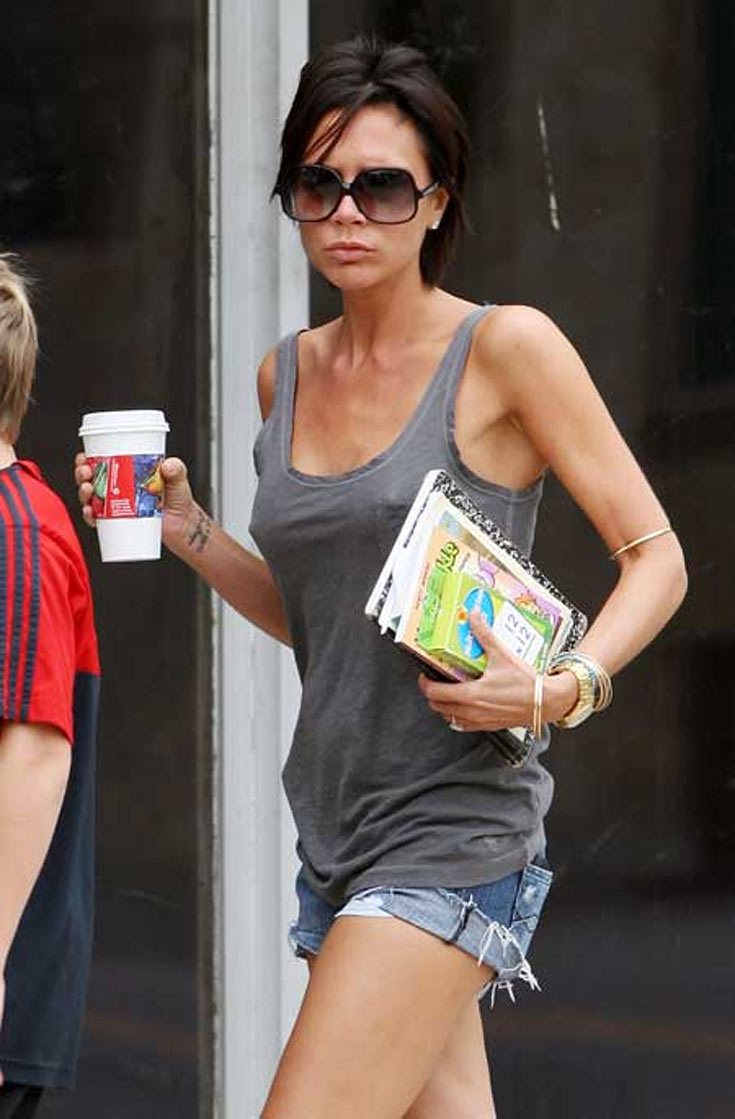 A sometime adherent of the Five Hands Diet, VB is the celebrity perhaps most clearly in possession of an iron will. Have we ever seen her face down in a pile of cheesy chips when she thought the paps were looking the other way? The “five hands” – the eating plan Beckham is said to have adopted after the birth of daughter Harper Seven – refers to the amount you’re allowed to eat during a day. Clue: the hands referred to are not those of a giant. Clue two: the foodstuffs you’re meant to grasp should lean more towards goji berries and salmon than caramel-drizzled tutti-frutti ice cream or stuffed-crust pizzas. 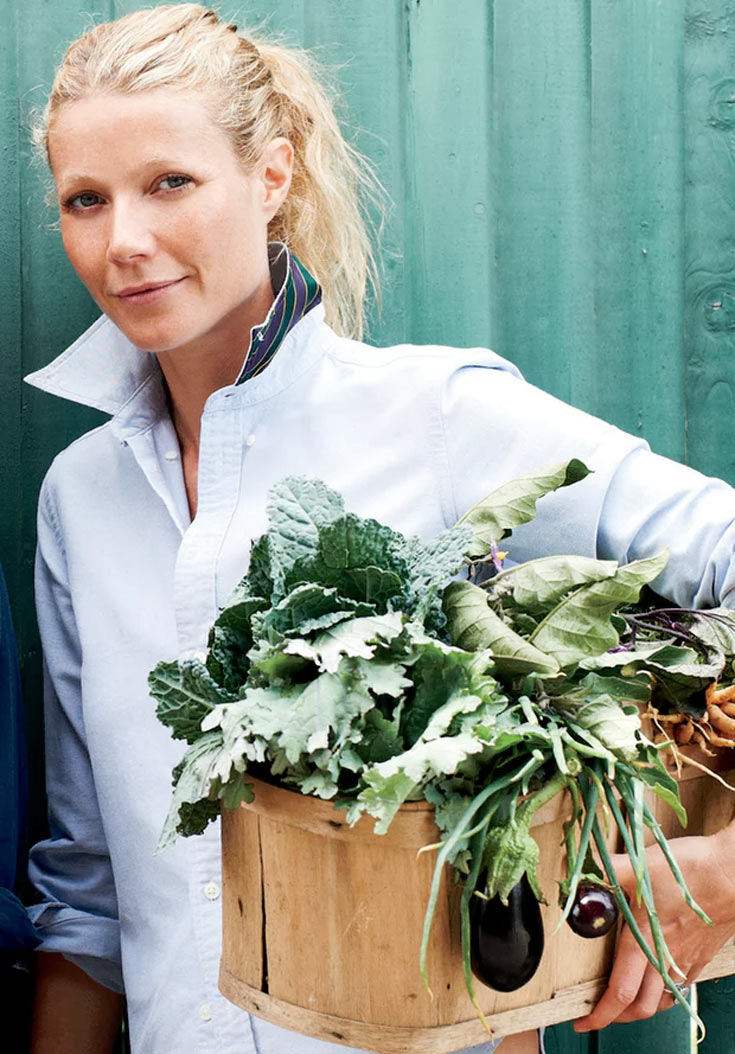 Gwyneth, of course, is the dieter’s dieter, all the more so because she’s not really doing anything so crass and loserish as dieting, more following a totally holistically and macrobiotically attuned way of being. One that doesn’t involve eating kebabs and drinking pints. Although she’s gone as far as Master Cleansing in the past, her figure is now the result of willpower and devotion to the workouts of fitness trainer Tracy Anderson. Pop on to her website, and you’ll see a wonderful tagline to accompany a green and unnervingly frothy drink: “Mango, banana and coconut water,” it assures us, “make this kale-infused smoothie go down easy.” Probably not as easy as a shot of Elizabeth Taylor’s JD. Now, pass the warm walnut lentil pâté. 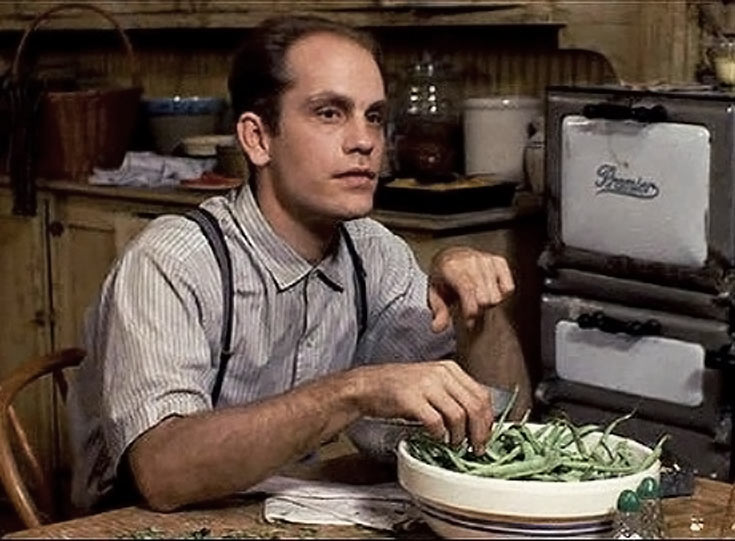 Way back before he smouldered and plotted his way through Dangerous Liaisons, John Malkovich was a chunky teenager, and he decided to do something about it. How? By eating Jell-o – which is American for jelly, rather than jelly, which is American for jam – for four months. In the fifth month, he said, he added fruit and, as he has pointed out, there are lots of colours to try! We’re no dietitians, but it’s possible that water, gelatine and food colouring don’t cover all the five major food groups, so it’s probably worth not trying this at home.