Here are a few other furry facts about the very Scandinavian feline.

The breed’s origins are a source of mystery. Norwegian Forest cats could be related to black-and-white short-haired cats from Great Britain, which the Vikings used as mousers on their ships. But they might also be descendants of long-haired cats brought to Scandinavia by the Crusaders. 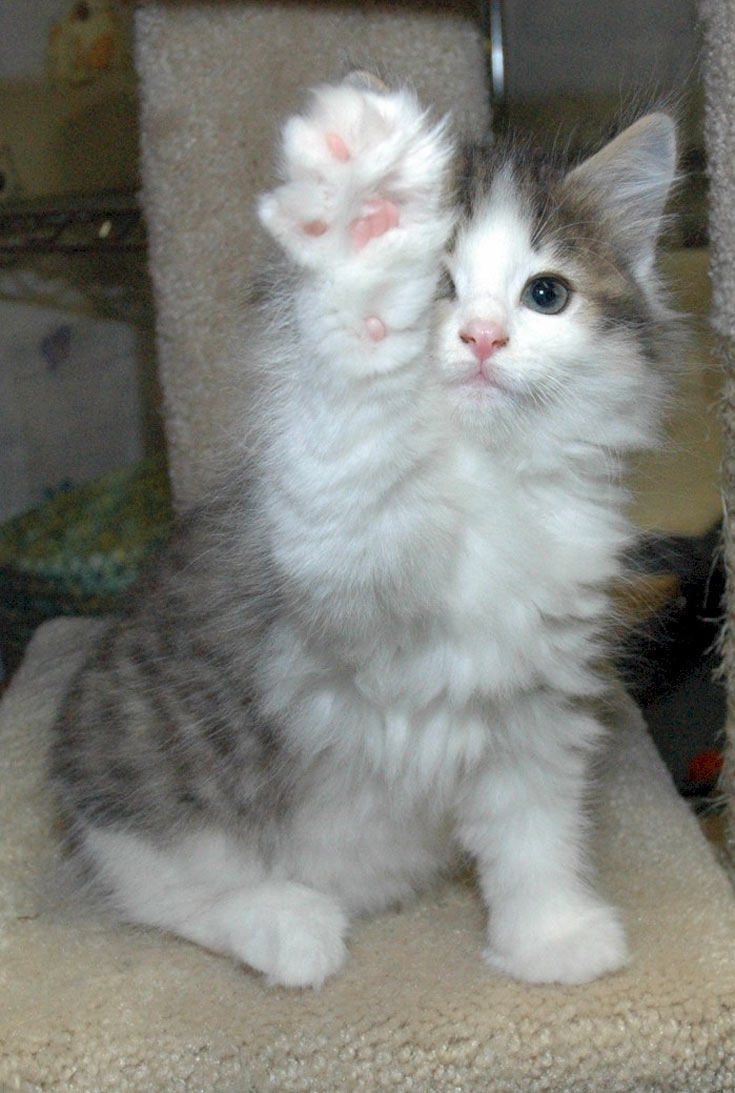 These early relatives roamed Norway’s forests, breeding with feral felines and barn cats. Over the years, they evolved into the large, dense-coated animal we know and love today.

Norwegian Forest cats aren’t just any pedestrian pet—they’re the stuff of legend. Norwegian myths tell of the skogkatt, a large, long-haired “mountain-dwelling fairy cat with an ability to climb sheer rock faces that other cats could not manage.” Thanks to their size, coats, and tree-climbing prowess, the Norwegian Forest cat may have served as the real-life inspiration for the skogkatt (which translates to “forest cat”).

The skogkatt was beloved by Freya, the Norse goddess of love and beauty, who some say traveled in a feline-drawn chariot. And in one Norwegian tale, Thor loses a contest of strength to the tricky god Jormungand, who’s disguised as a skogkatt. Thanks to these legends, some breeders today refer to the Norwegian Forest cat as the “Norse skogkatt.”

King Olaf V of Norway designated the Norwegian Forest cat the country’s national cat. No word on whether America will ever gain its own national feline, although it’s likely that Grumpy Cat will vie for the title. 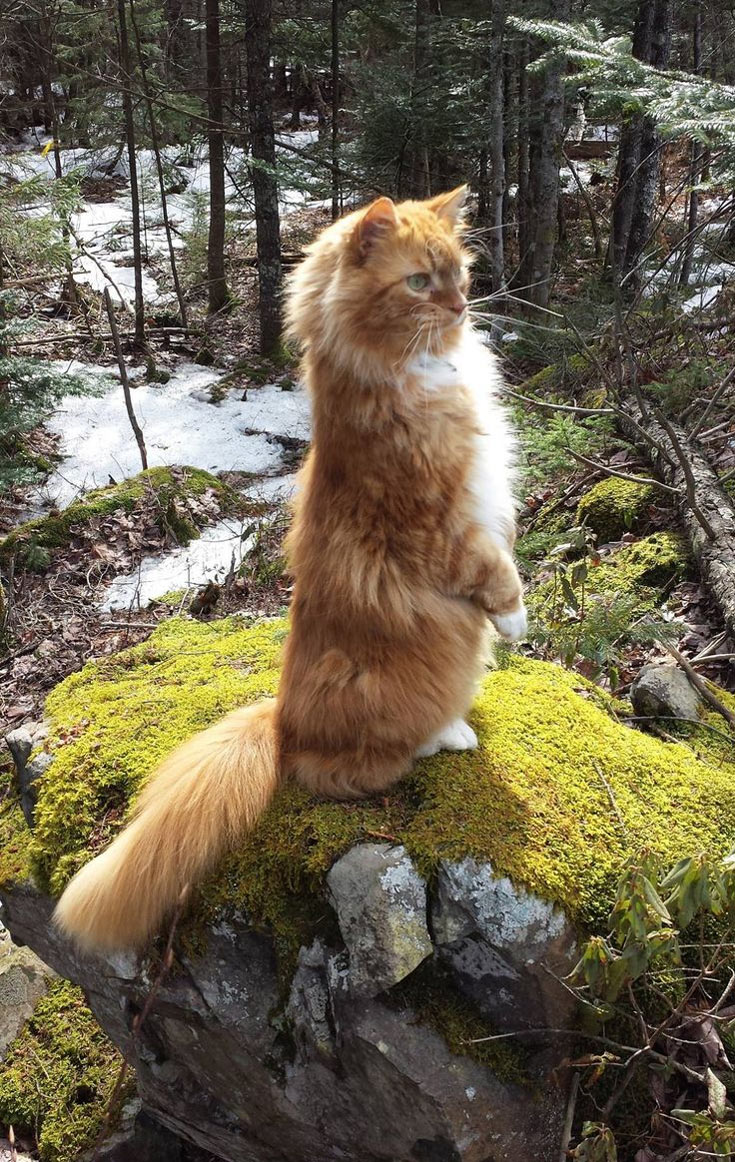 Farmers and sailors prized the Norwegian Forest cat for its mousing skills. However, fanciers didn’t start noticing and showing the breed until the 1930s.

During World War II, attention paid toward the Norwegian Forest cat waned, and the breed came dangerously close to becoming extinct thanks to crossbreeding. However, an official breeding program helped preserve the furry cat’s lineage for future generations. 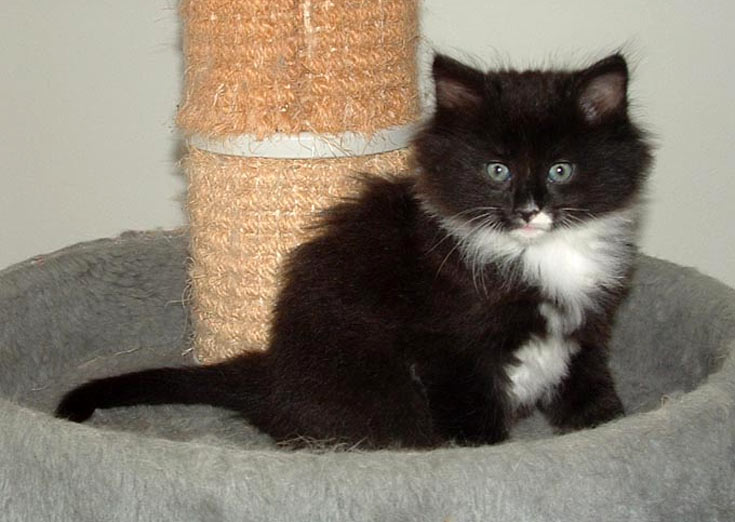 While Norwegian Forest cats don’t crack the top 10 most popular cat breeds in America, they do have a legion of loyal fans in Europe. It’s not surprising that the breed is well-loved in—you guessed it—Scandinavia. (In fact, Norwegian Forest cats are nicknamed “Wegies,” which is short for “Norwegians.”) They’re also popular in France. 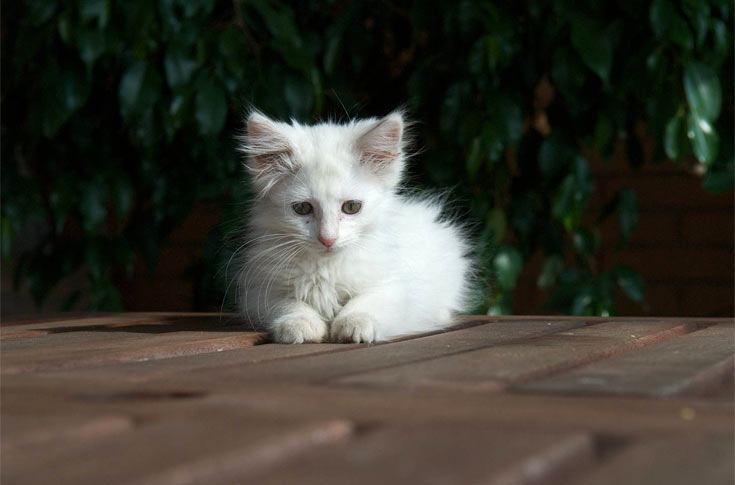 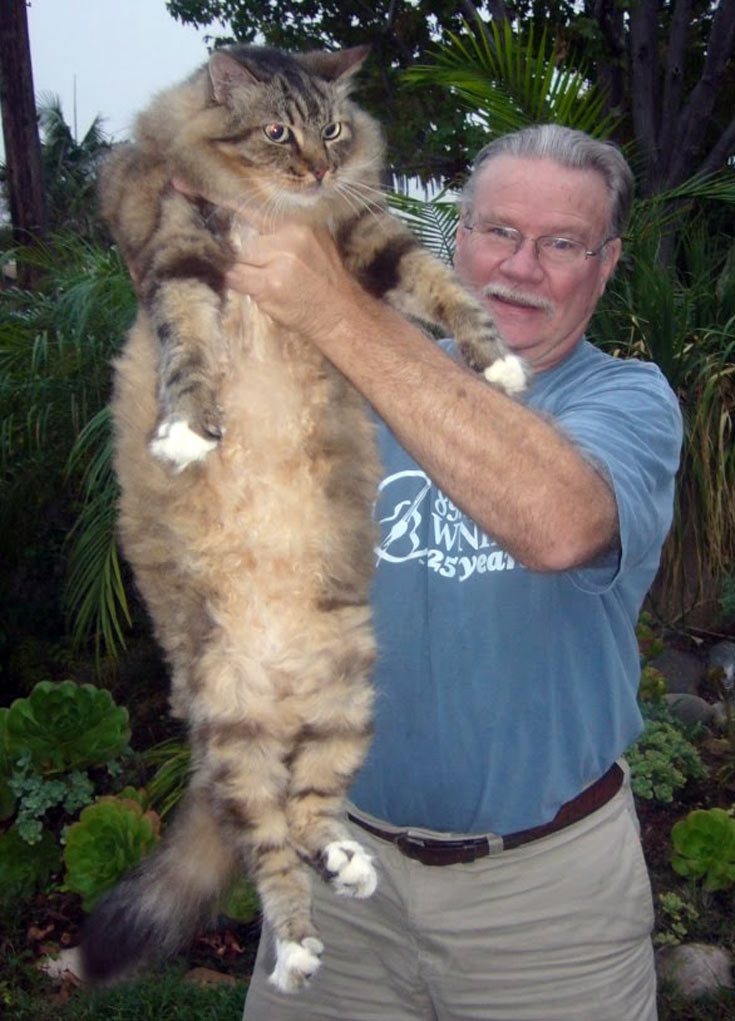 7. THEY HAVE BUILT-IN WINTER CLOTHES

Although Norwegian Forest cats can be any color or pattern, they do have one thing in common: a long, double-layered coat that repels water. (They also have tufted ears and toes, which work like built-in earmuffs and boots.) These handy physical traits helped the breed survive snowy Scandinavian winters. 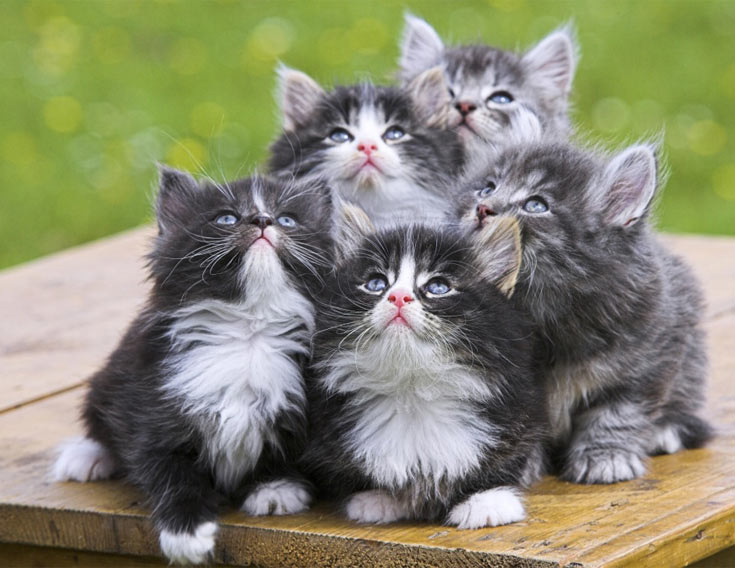 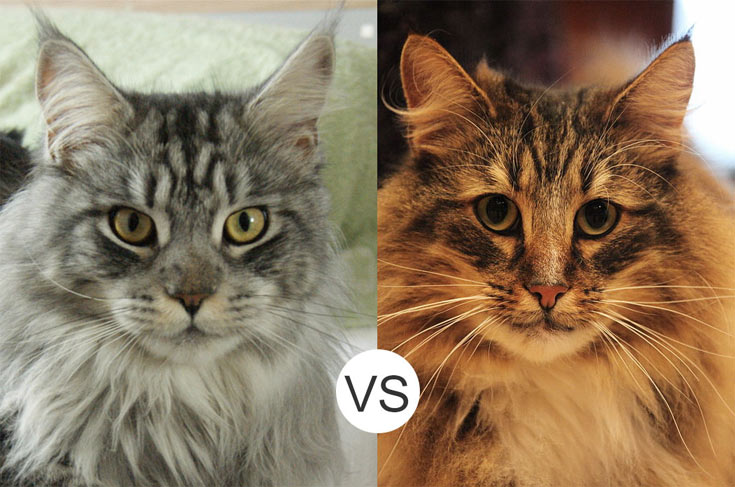 Can’t tell the two apart? Look at their features. Norwegian Forest cats have a triangle-shaped face, whereas Maine Coons have a wedge-shaped head with high cheekbones.

Ever seen a cat run down a tree headfirst? If you have, it was most likely a Norwegian Forest cat. The cats have sturdier claws than most breeds, allowing them to achieve impressive climbing feats. 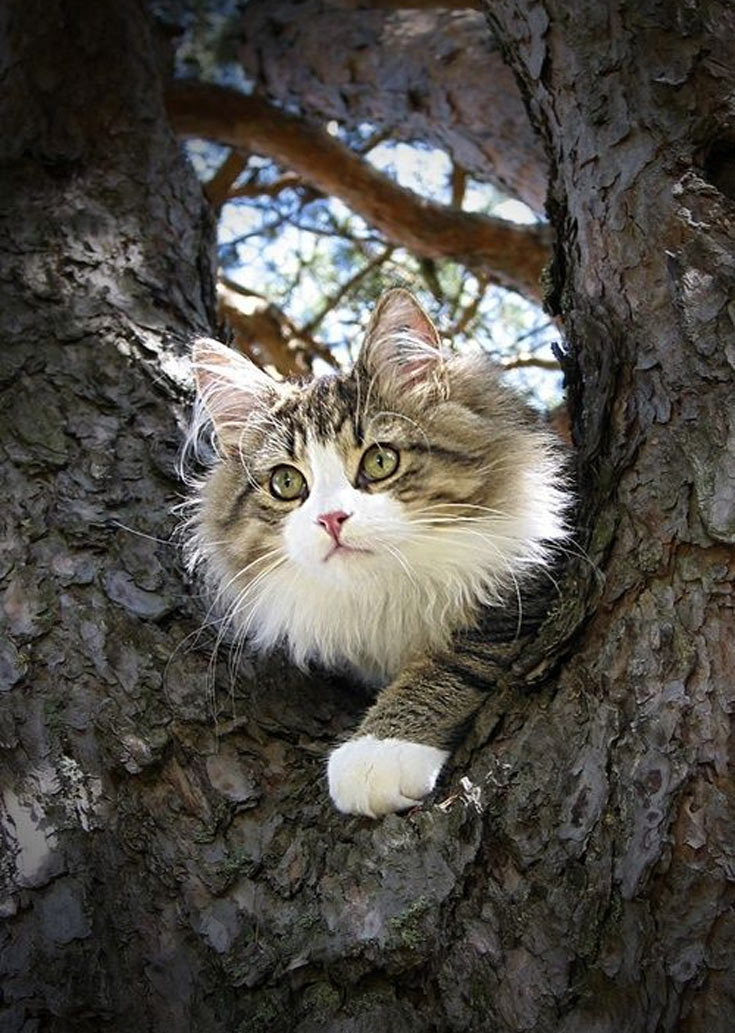