The typical method for preparing a turkey is to put the bird in a hot oven and wait until it’s done—perfectly acceptable, if a little basic. Have a more adventurous Thanksgiving day this year by trying one of these out-of-the-box recipes.

To create this delicious bird, Epicurious recommends marinating the turkey in mole overnight; at minimum, you’ll need to coat the inside and the outside of the turkey with the sauce and let it sit in the fridge for an hour before cooking. The chocolate sauce makes for one moist turkey; serve with Masa stuffing and spicy chili gravy on the side. 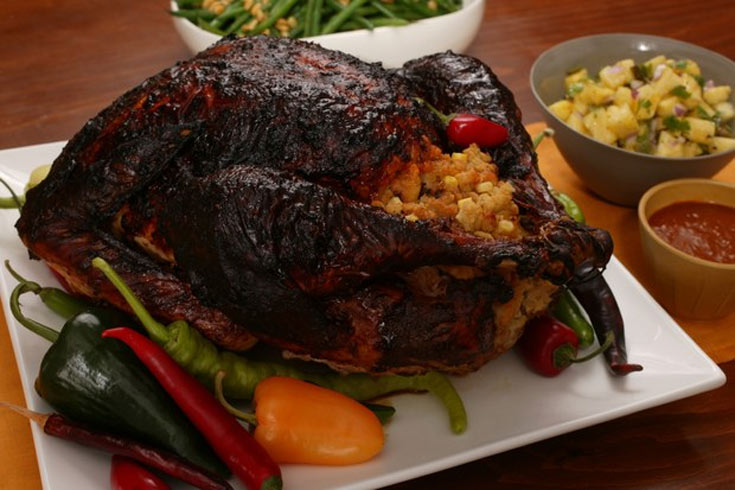 Beer can turkey is a variation on beer can chicken, in which a chicken is propped up over an open can of beer that bastes the bird from the inside. For a turkey, you’ll need to find two 24-ounce cans of beer—one for the interior basting, and one for the dripping pan and for basting the outside of the bird—and spices to season. Cooking can be done either in an oven or on the grill; either way, consider purchasing a special rack to help keep the bird upright while it’s roasting. Step-by-step instructions can be found at The Chew. 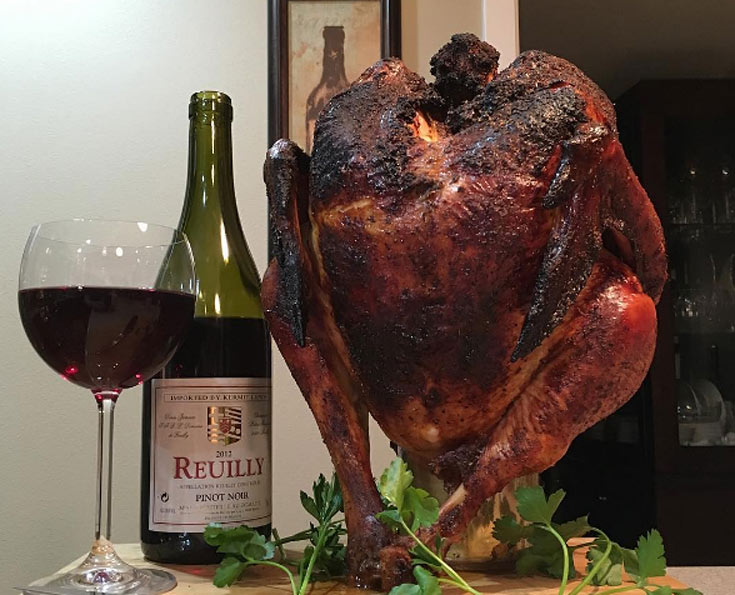 J. Kenji Lopez-Alt at Serious Eats calls spatchcocking “a method for lazy folks with great taste,” but it’s also a great technique if you’re short on time. The method—which allows a turkey to cook faster and more evenly—requires removing the bird’s spine, turning it over, and pressing hard to splay it out flat before popping it in the oven. 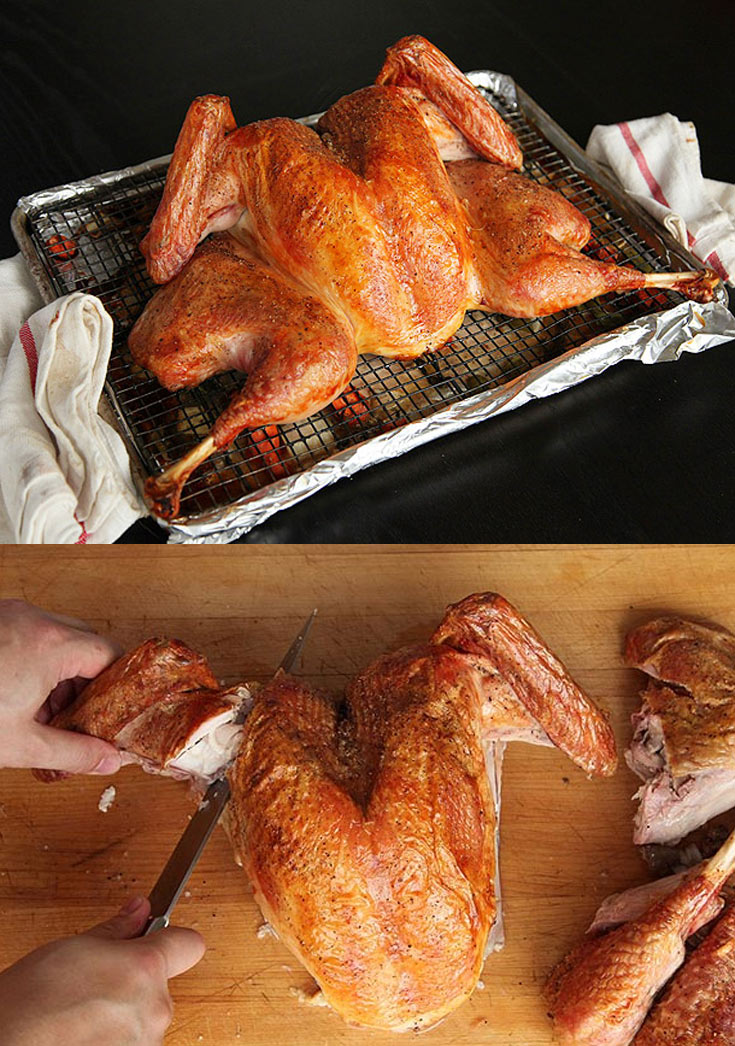 If you’re serious about adding alcohol to your turkey, you can emulate New York tavern PD O’Hurley’s by injecting your turkey with vodka. The recipe calls for the turkey to be marinated overnight in four flavors of vodka, and a vodka injection is done after cooking to retain the alcohol content. 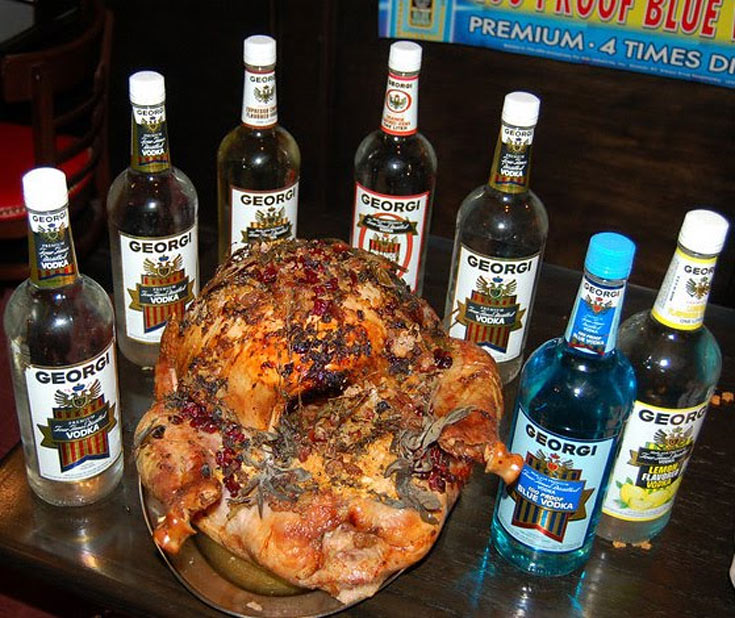 There’s an easy way to make every food better: Add bacon. A turkey is no exception; when placed on top of a turkey, the bacon grease melts and flavors the bird’s skin. The recipe combines the flavors of bacon and maple syrup to create one delicious dish. To take the turkey to the next level, check out the method, which requires weaving a bacon jacket for your bird. 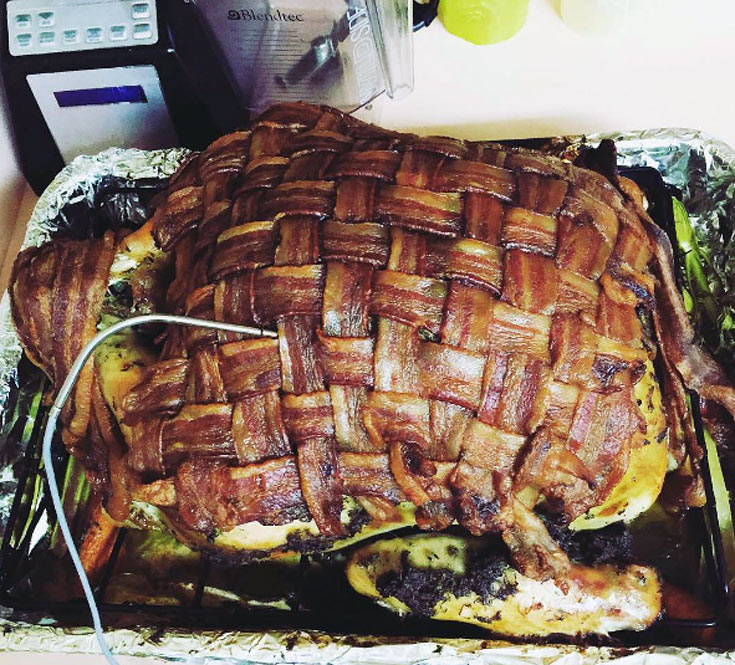 To braise a turkey, you first cook it in the oven, let it rest, then slice it and remove the legs and wings, and cook the meat in broth. It won’t look like a traditional Thanksgiving turkey for the presentation, but it will taste delicious. Bobby Flay has a recipe for herb-roasted and braised turkey. 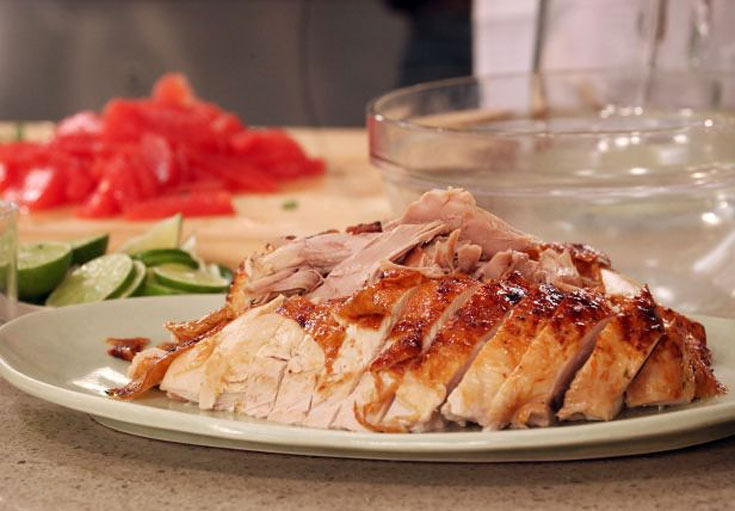 Sous-vide is a method for cooking meat that involves encasing meat in a plastic bag and placing it in hot water to cook over a long period of time. Serious Eats has step-by-step instructions for making sous-vide turkey (with crispy skin cooked separately). Before getting down to sous-videing, you’ll need to remove the wings and legs from the bird, then cut the breast meat from the bone; next, place one half of the breast meat cut side up, and place the other half on top of it, cut side down, and tie into a cylinder, which is what you’ll place into a plastic bag and immerse in a hot water bath for cooking. 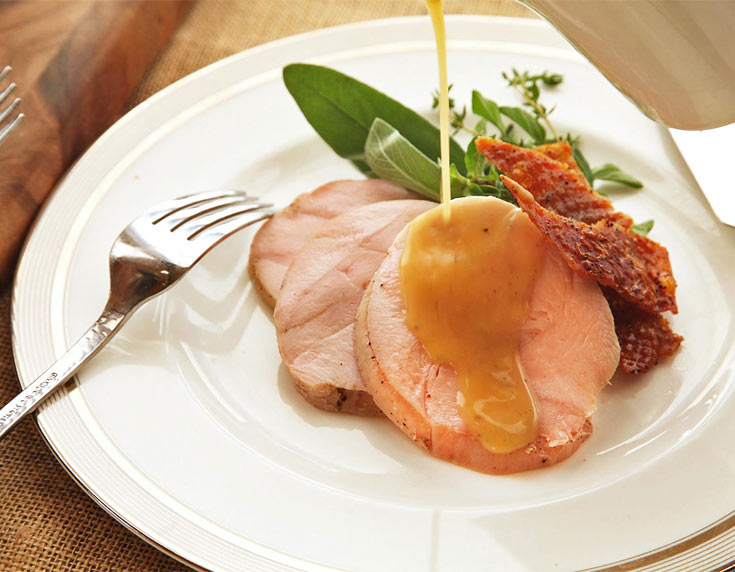 Pumpkin spice is the ultimate fall flavor—and by following this recipe, you can even have a pumpkin spice-flavored bird. Create one-quarter of a cup of rub with cinnamon, clove, and nutmeg, then add brown sugar, salt, and pepper. Coat the thawed bird with canola oil, then rub in the spice; allow it to sit in the fridge overnight, then cook as usual. 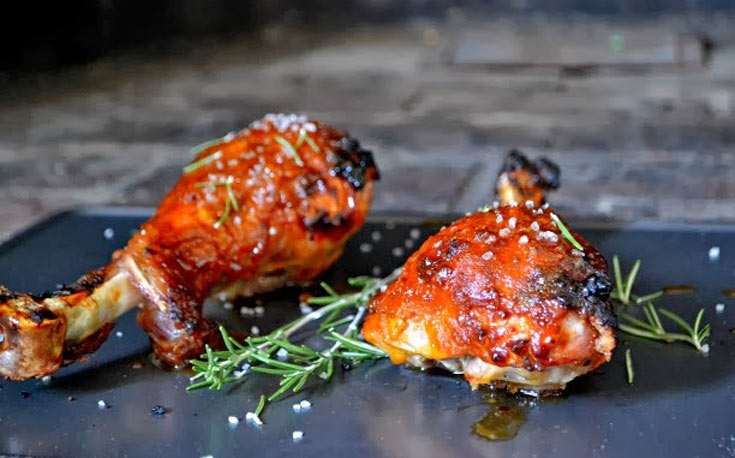 Recipe for the real thing: http://www.thedailymeal.com/cook/pumpkin-spice-turkey-real-thing

Sure, you could make a Turducken—a turkey stuffed with a duck that is stuffed with a chicken—but it’s a complicated dish, since all the birds have to be deboned ahead of time. Those who love both Thanksgiving and Dunkin’ Donuts should try the Turdunkin’, which is “a turkey brined in Dunkin’ Donuts coolattas, stuffed with munchkins and served with coffee gravy and mashed hash browns.” Yes, it definitely sounds disgusting, but according to one of its creators, “The turDunkin’ was largely delicious” if “a bit too salty … The coolatta only penetrated the outer reaches of the white meat, but it was delicious and subtle in those places. … I was very happy with the turkey, the glaze and sprinkles, and the stuffing.” 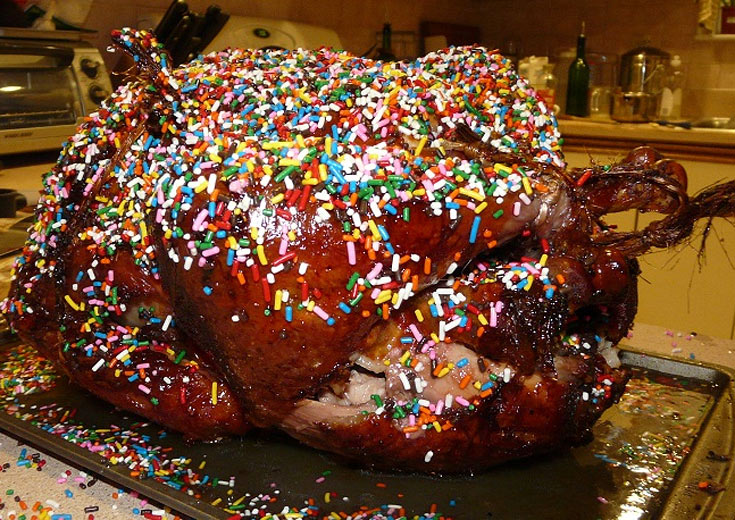 You can find step-by-step instructions at Unwholesome Foods: https://unwholesomefoods.org/2010/05/22/turdunkin/

Cook the turkey as you normally would, but replace the stuffing with White Castle sliders (sans pickles). You can find the recipe on White Castle’s website, which notes that chefs should “allow 1 Slider for each pound of turkey, which will be equal to 3/4 cup of stuffing per pound.” 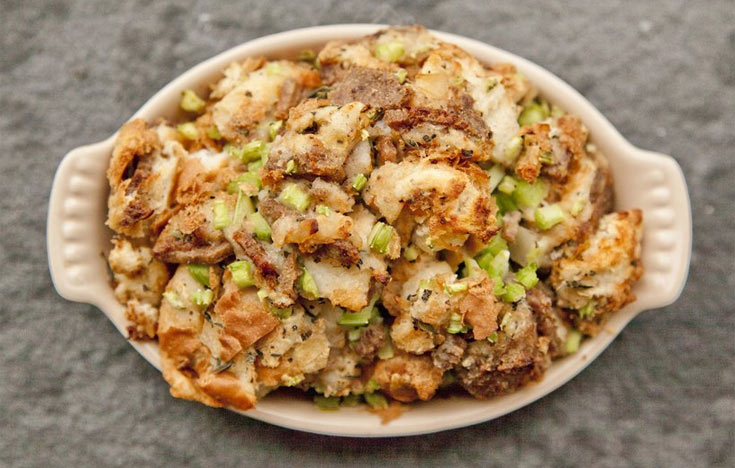