Then you should probably avoid pursuing a career as a sales agent, a psychologist, or an elementary school teacher, all of which require more human interaction than you could likely tolerate.

A career path that comes with a high degree of solitude, writing may be the perfect choice for the creative introvert. Plus, if you pursue this field with only a high school diploma, you’ll be following in some impressive footsteps. The list of acclaimed authors who did not get a college degree include: Maya Angelou, Ray Bradbury, Truman Capote, Mark Twain, H. G. Wells, Jack London, Augusten Burroughs, Charles Dickens,Jack Kerouac, and William Faulkner. 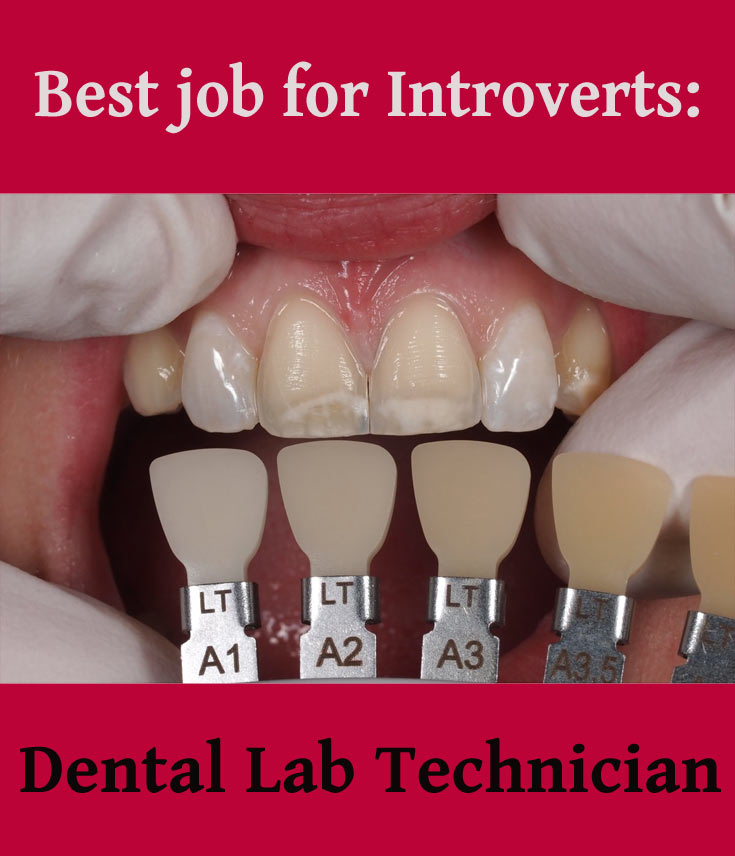 Dentists see patients all day, but dental lab technicians work behind the scenes, creating models of a patient’s mouth using metals and plaster. The majority of dental laboratory technicians have a high school diploma or equivalent.

Enjoy solitude and working outdoors? You might want to consider a job in this field. You would operate irrigation equipment and tractors, harvest fruits and vegetables, and apply pesticides to crops. Farmworkers and crop laborers have a range of education experience, from less than a high school diploma to a bachelor’s degree and this career has a “bright outlook,” which means it is expected to grow rapidly in the coming years.

If you want to work with your hands, a potter’s life might be for you. As a potter, you would operate production machines and use your hands to create ceramic, pottery, and stoneware products. Most people in this occupation have a high school diploma or equivalent.

Fascinated by fiber optics? Then you might want to pursue this profession. As a photonics technician (also known as a laser technician, engineering tech, or coating manager) you would maintain, test and set up devices, such as lasers, laser systems, microscopes and oscilloscopes used in scientific, industrial, or technical equipment. The majority of photonics technicians have an associate’s degree. It’s also worth noting that the field is set to experience rapid growth and
is considered a “green occupation, meaning it utilizes energy-efficient activities and technologies.

While the first machinist that might come to mind is Christian Bale’s emaciated character in the film “The Machinist,” cast that dire portrayal aside: As a machinist, you would set up and operate machine tools to produce machine parts to specifications and test completed units to check for defects. Another field classified as a “green occupation” with a promising future outlook, half of machinists have a post-secondary certificate.

Unlike a real estate agent, who meets with potential buyers, appraisers don’t have as much interaction with people. The majority of your time would be spent inspecting properties and appraising them for their value for purchase, sales or loan purposes. Most appraisers have a bachelor’s degree, though some have an associate’s degree.

If you’re not a people person, the lab could likely be a refuge. As a cytotechnologist, you’d be responsible for examining cell samples to detect evidence of cancer, abnormalities, and other pathological conditions. Though most have a post-baccalaureate certificate, it is possible to pursue this in-demand career with just a bachelor’s degree.

This is another career option in which you could enjoy a high degree of solitude and also work outside, conducting surveying trips and analyzing geological samples to determine their content and characteristics. More than half of these technicians have a bachelor’s degree.

Albert Einstein, Isaac Newton, Pythagoras – you might call these brilliant mathematicians good company, if you were someone who enjoyed having company. In this career you would develop computational methods for solving scientific or engineering problems as well as apply mathematical theories to practical problems in various fields. While some in the field have a doctorate, the majority of mathematicians have a master’s degree.

If you appreciate learning about people’s stories in document form, rather than in person, then this might be the right career for you. As an archivist, you would classify archival records, authenticate and appraise historical documents, and create accessible computer archives and databases. The majority of archivists have a master’s degree, while the rest have either a post-baccalaureate certificate or post-master’s certificate.

Do you love nature? Do you also have a head for numbers? As an environmental economist, you would conduct research and analysis related to environmental protection and collect and assess data to determine environmental consequences of economic policies. Considered to be a rapidly growing and, unsurprisingly, a “green occupation”, more than half of environmental economists have a doctoral degree, while the rest have a master’s or bachelor’s degree.