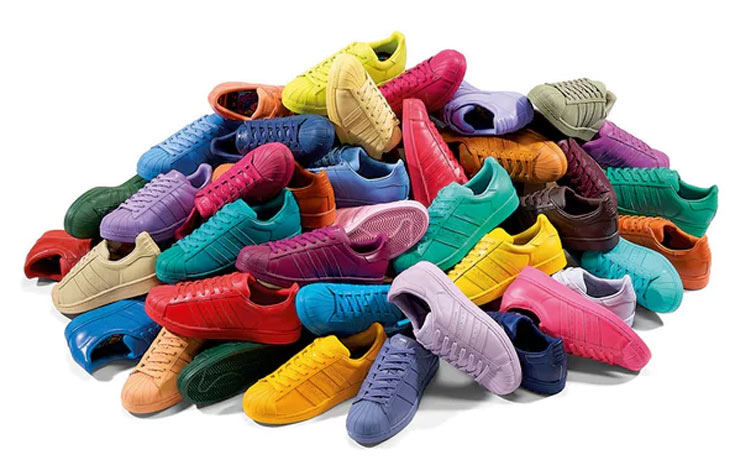 Where to start with picking one make and model from what is undoubtedly the most popular and populous footwear type of the late 20th and early 21st centuries? It is easier to say trainers are to modern footwear what jeans are to contemporary clothing: ubiquitous cultural signifiers that can tell us who you are and what you like with one glance. 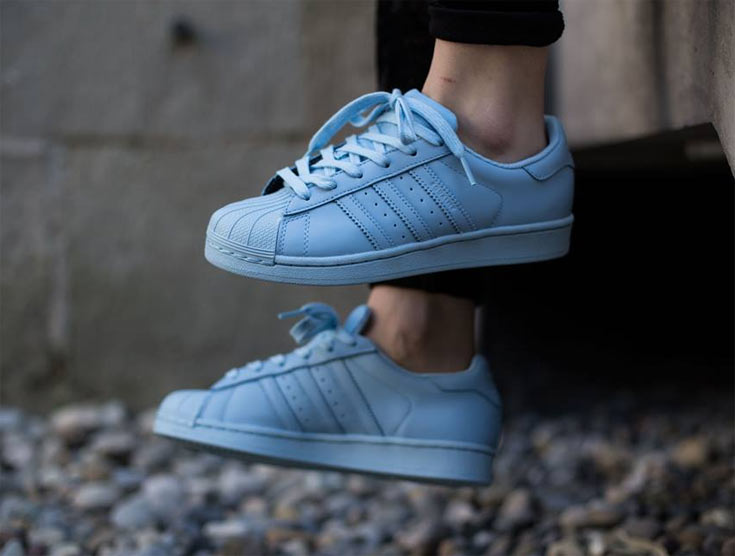 With launches happening on a daily basis you can be out of touch in a heartbeat, but it’s fair to say Adidas lead now with their Adidas Pharrell collaboration. The latest is the Pharrell Williams Supercolor collection, which sees the “Superstar” silhouette rendered in 50 colours. 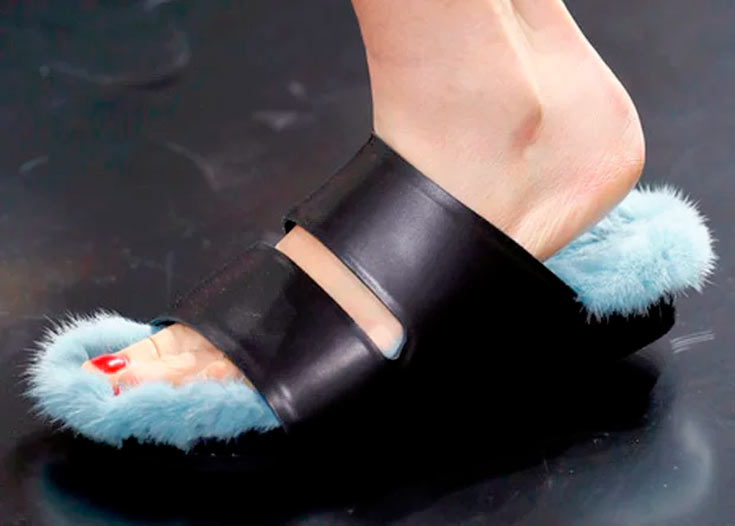 A 17-year-old Kate Moss and the stylist Melanie Ward are responsible for our modern love affair with the German orthopaedic footwear company. In a Face magazine editorial from June 1990 Moss lounges in a Native American head dress, Arizona Birkenstocks and not much else, igniting a fashion affair that continues to this day. In 1964 Karl Birkenstock launched its foot-supporting cork foot bed, and it became the counter-culture sandal until that Moss moment. In 2012 Phoebe Philo of Céline appropriated the Arizona for her SS13 collection, lined in mink, reimagining the iconic shoe as a luxury status symbol. 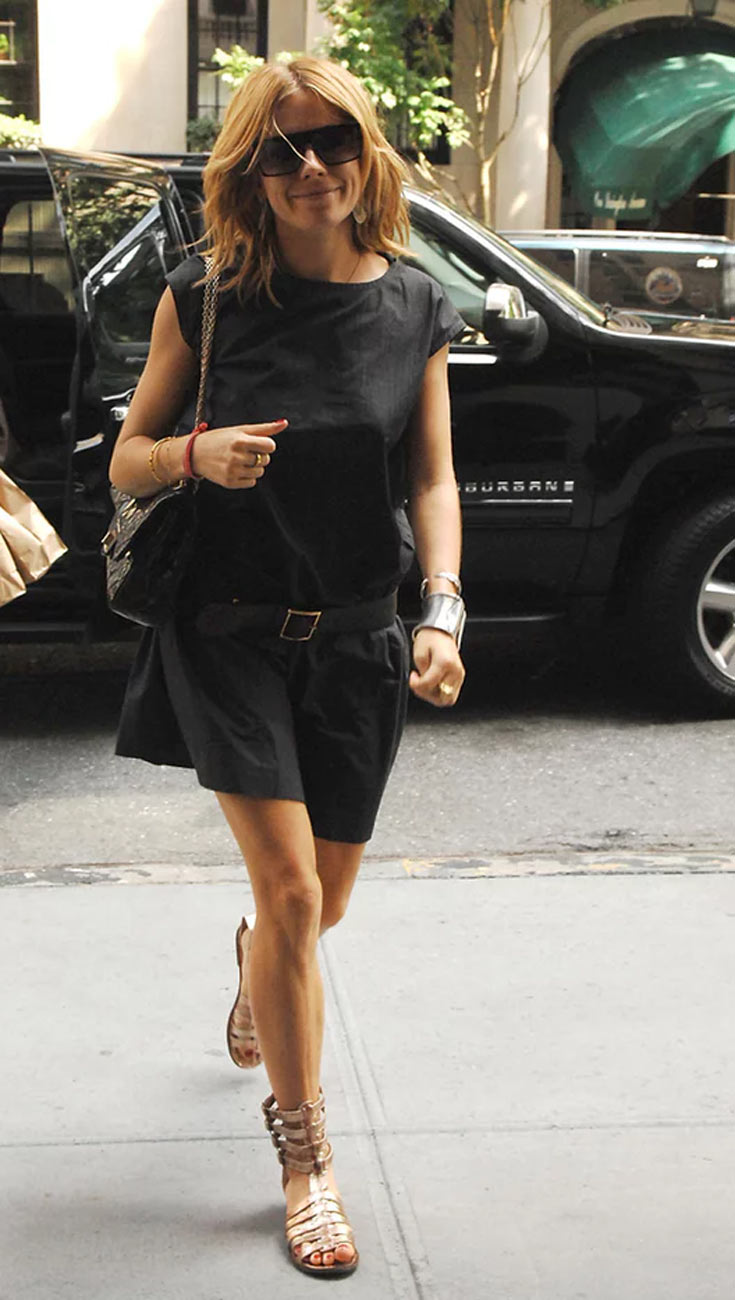 Humankind’s first shoes were essentially pieces of leather or cloth wrapped protectively around the foot. These developed into sandals worn by actual Roman gladiators and then all Romans, for whom going barefoot symbolised poverty. In the 90s Sienna Miller popularised the caged-ankle and knee-high gladiator-style sandals created by Nicolas Ghesquiere at Balenciaga and British women adopted them en masse. This shoe’s cult status also owes a nod to Paco Rabanne who created laced-to-the-knee sandals in the 60s. 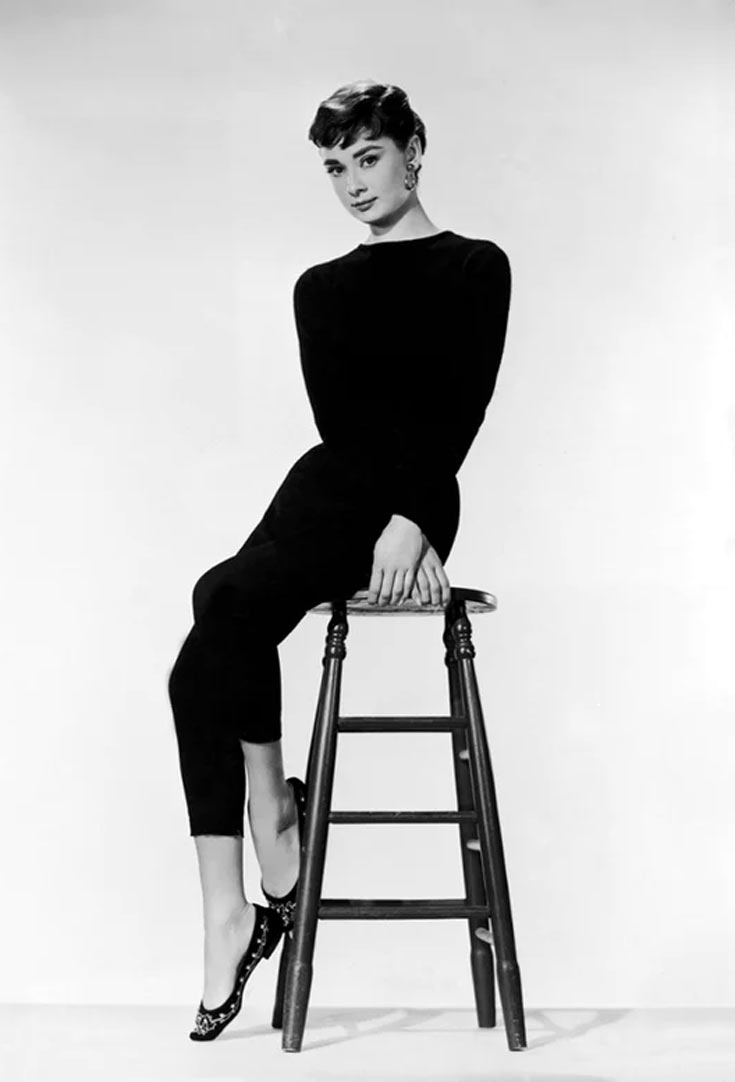 Can there be a more iconic symbol of girlhood and beauty than a ballet slipper? These soft pancake-flat dancing shoes have been in and out of fashion since they first appeared in the 16th century. Catherine de Medici added heels to her ballet slippers in 1533, causing the flat version to drop out of favour – only to return after Marie Antoinette was guillotined in heels in 1793. In 1957 Salvatore Ferragamo created Audrey Hepburn’s ballet flats for Funny Face – and sealed her fate as the fashion muse of the century. 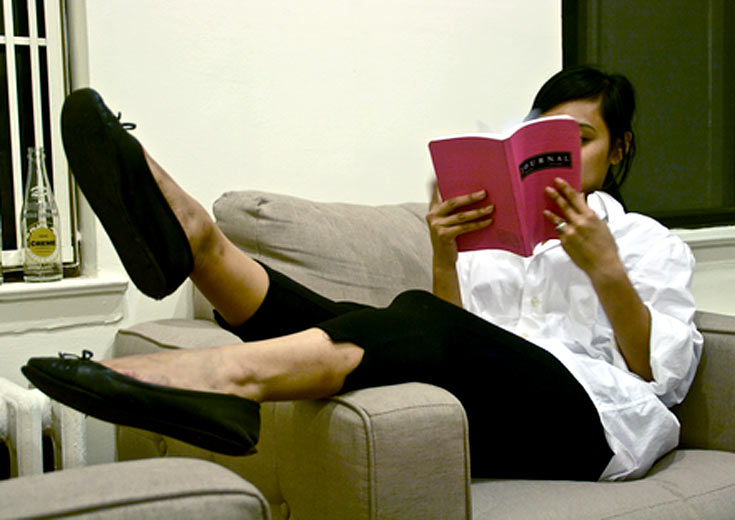 Throughout the noughties and beyond Alexa Chung gadded about in Alaia, Chanel and Lanvin ballet flats spawning a global trend for the shoes. Perhaps their saddest moment was as Amy Winehouse’s shoe of choice. 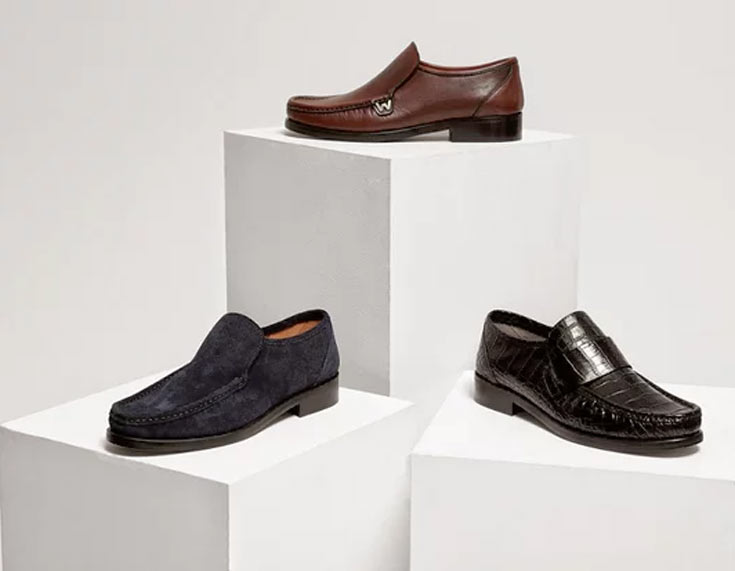 In 1926, when the rules of high society first decreed that a man could wear one suit for the whole day, a corresponding all-day shoe was introduced, the Wildsmith Loafer, with the earliest adopter being King George VI. The American Bass Weejun and Gucci’s snaffled classic followed, but surely the most iconic is the Wannabe loafer created by Patrick Cox in 1993. At the height of its popularity it sold 200,000 pairs a year and Cox had to employ a bouncer to control the queues outside his shop. The Face magazine used to rate night clubs according to how many pairs of Wannabes were on the dancefloor; 80% was a really good club while 20% meant don’t bother going. 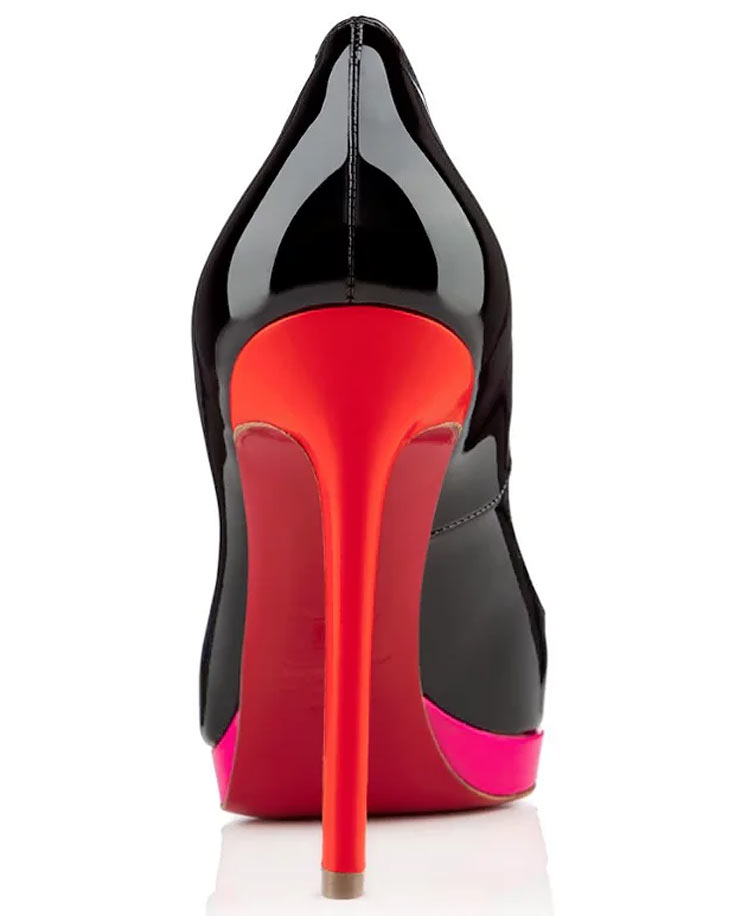 Roger Vivier is the most important shoe designer of the 20th century: he had a fine eye for beauty and he engineered the first stiletto heels strong enough to withstand the weight of a walking human being. He introduced his stilettos to the world via Christian Dior in 1955. Today’s ultimate pleasure/pain stiletto is the pigalle by Christian Louboutin with its 120mm spiked heel, toe-cleavage-revealing point and scarlet sole. 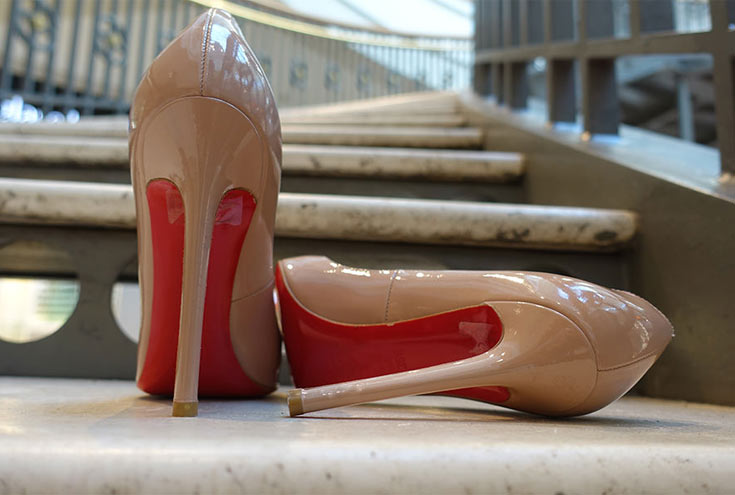 Launched in 2004 and named after the red light area of Paris, the pigalle remains the designer’s bestselling shoe and the high heel of choice for legions of women including Victoria Beckham, Kim Kardashian and Louboutin muse Dita Von Teese. 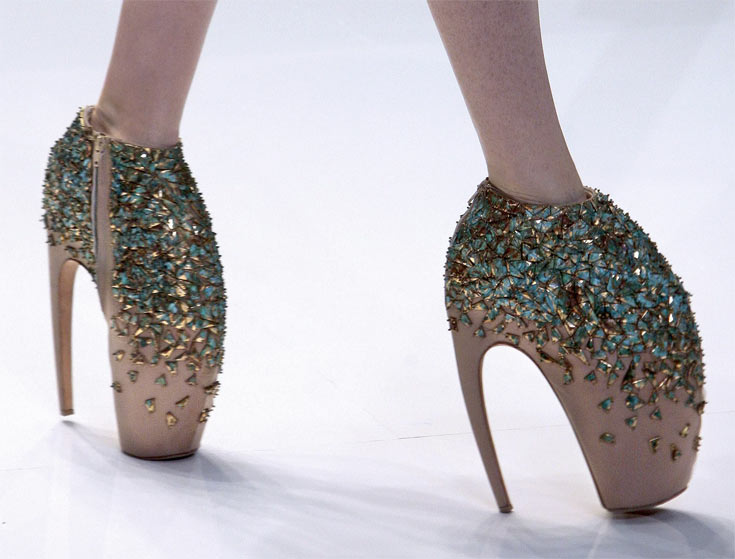 Alexander McQueen was not one to propose a comfortable, let alone wearable shoe; he created beautiful monsters for the feet. He commissioned shoe designer Georgina Goodman to create what was to be his last gift to the world of extreme footwear – the “armadillo” (as he called it on Twitter), a 24cm-tall shoe-boot hybrid suggesting the hoof of a shell-encrusted alien. On 6 October 2009 20 pairs made their debut at Plato’s Atlantis, a collection inspired by Darwin’s On the Origin of Species. It was the first fashion show to be live-streamed, and the last fashion show of McQueen’s life.

Launched in 1950 and inspired by the simple boots worn by the famed Desert Rats in the second world war, the desert boot first found favour with mods and Bob Dylan. But it wasn’t until desert boots became a prize possession for Jamaican rude boys and dancehall stars that their fame was sealed. A report from Clarks’ West Indies distribution in 1967 stated, “Kingston… sold out of 400 pairs in five days.” In 2010 dancehall artist Vybz Kartel verified Clarks reggae culture credentials in his song Clarks. 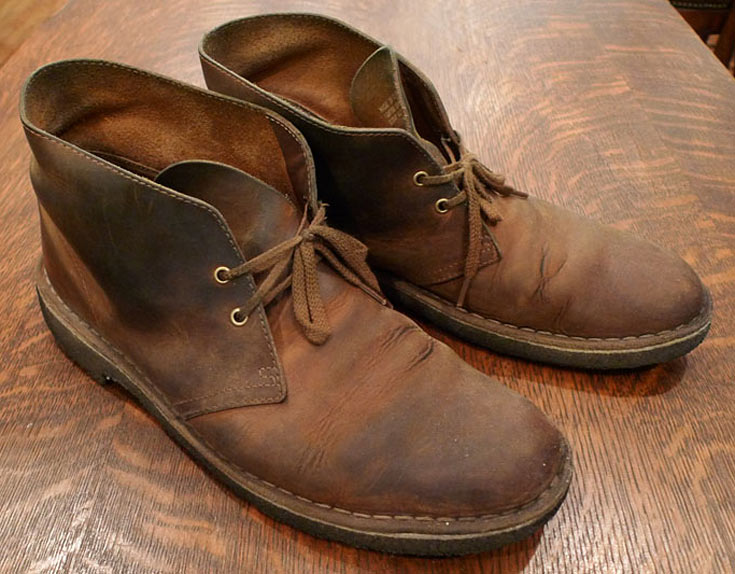 To celebrate their 65th birthday this year desert boots have been reimagined by 14 young artists. 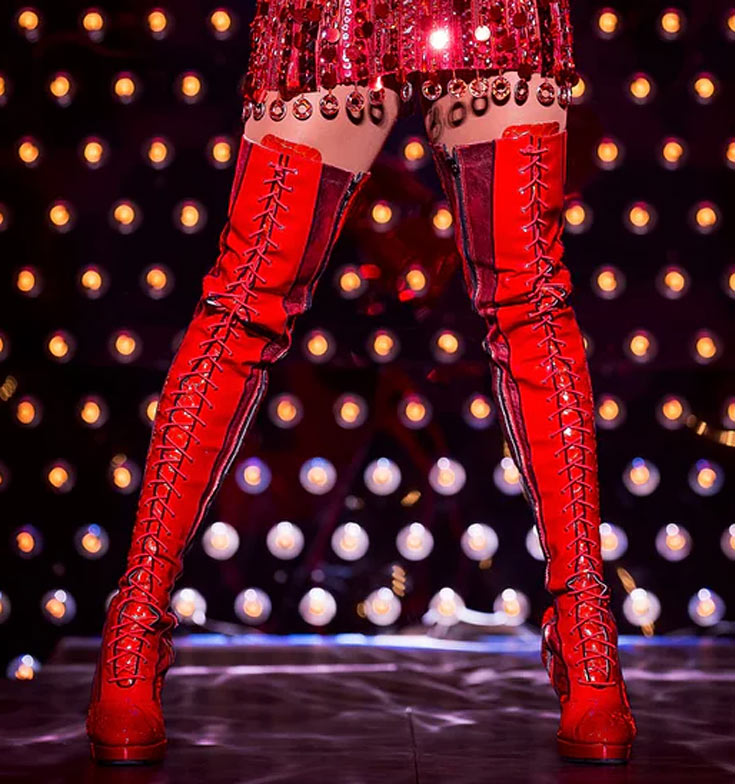 “High heeled shoes … for a significant number of men function as a powerful fetish,” writes Valerie Steele in the catalogue that accompanies the V&A’s forthcoming show, a large swath of which celebrates the craft and sculptural beauty of high heels as a sequitur to sexual predilection. The best known fetish shoes are the scarlet or black patent-leather thigh-high “kinky boots”, the subject of a BBC documentary, a film and now a Broadway musical by Cyndi Lauper, coming to London this summer. 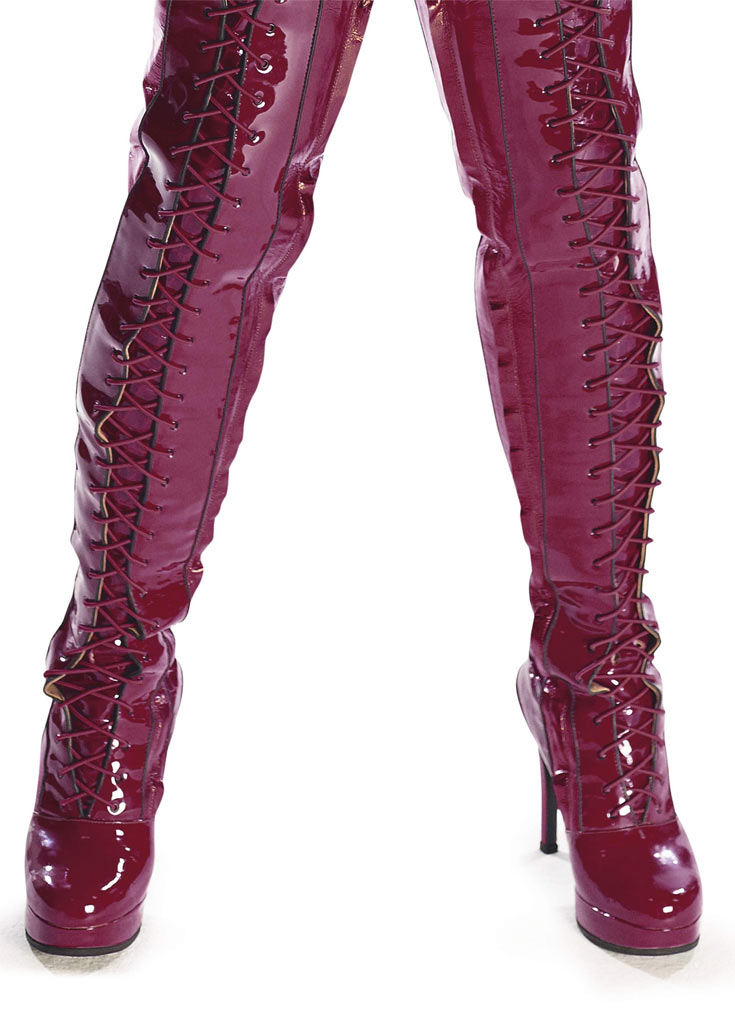 The boots that inspired Kinky Boots were created by shoemaker Steve Pateman who expanded into the transvestite shoe business in an attempt to save his family’s failing footwear company. 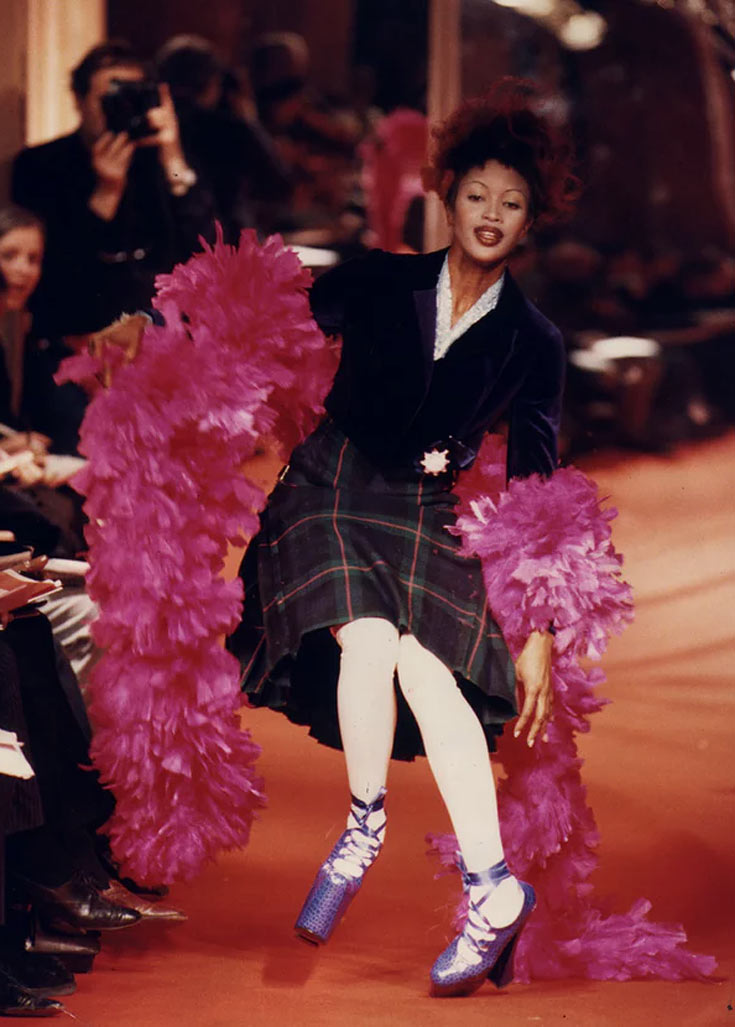 What made Naomi Campbell more famous: being the black supermodel of the 90s, or the fact that on 17 March 1993 she fell spectacularly from a pair of 9in-heel, 5in-platform Vivienne Westwood ghillie shoes? The super-elevated shoe has been around since 220BC when Greek actors wore them on stage, with the more important players wearing higher platforms to make them more visible. The 14th century saw them worn by the Italian nobility and named chopines from the old Spanish chapa, which means plate, or covering, but their 1970s glam-rock incarnation and later outings as the Spice Girls’ shoe of choice sealed their infamy.